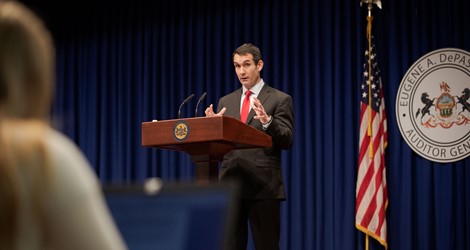 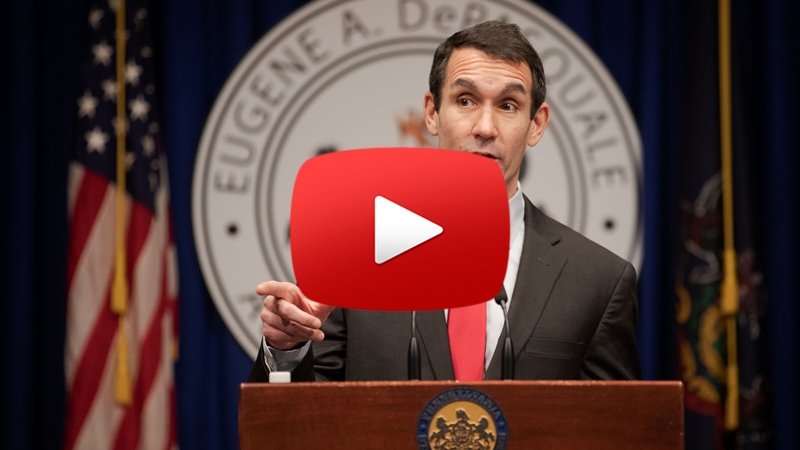 HARRISBURG (Dec. 3, 2018) – Auditor General Eugene DePasquale today announced plans to prepare a special report exploring how Pennsylvania is responding to climate change in light of a failure by national leaders to recognize and act on the issue.

DePasquale said his report will focus on state government’s response to climate change and steps that can better prepare the state for the future, noting that the problem will impact communities of all sizes.

“Beyond the obvious public safety concerns related to flooding and infrastructure damage, a changing climate will impact health, transportation, agriculture, forestry, tourism – from farms to cities, a whole host of issues,” DePasquale said. “These factors all have the potential to create new burdens on taxpayers and disrupt our economy.”

DePasquale blasted the Trump Administration for trying to bury its own climate change report by releasing it over Thanksgiving weekend, after which the White House immediately tried to cast doubt on the report’s scientific and economic conclusions.

“Willful ignorance of scientific analysis is putting future generations at risk,” DePasquale said. “The challenges we face as a result of climate change will only get worse if we fail to adopt a strategic national action plan – it’s not a question of if or when; it’s already happening.”

The federal report issued in late November included regional impact discussions. In the Northeast, the report specifically cited threats to public health and safety from extreme heat and flooding; concerns about severe weather impacts on the region’s aging power, water, sewer and transportation systems; and the impact of altered ecosystems on rural communities, farming, forestry and tourism.

DePasquale said climate change is too important to be treated as a partisan issue.

“Those who pretend climate change isn’t real are simply trying to protect the profits of industries that have only made the problem worse,” he added. “If their goal is to ‘play the long game’ by cynically wagering that they won’t be around to suffer the consequences of their greed, they should think about the mess they’re leaving behind for their own children and grandchildren.”

DePasquale will conduct his own hearings as part of developing the special report, which is expected to be completed by summer. Learn more about the Department of the Auditor General online at www.paauditor.gov.