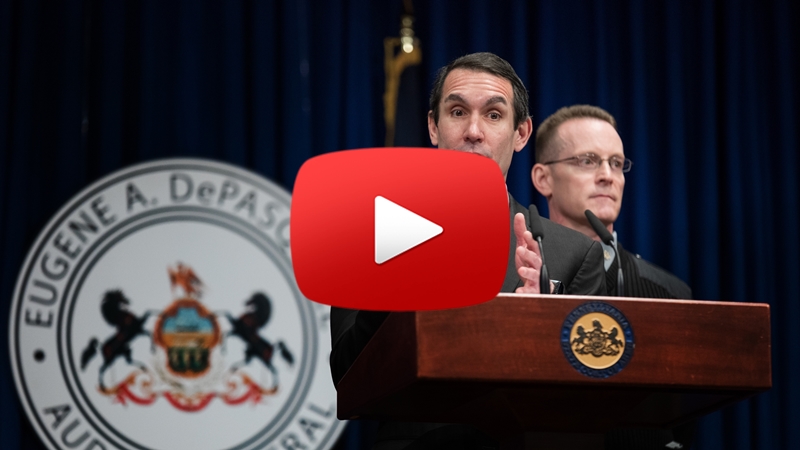 HARRISBURG (Jan. 30, 2020) – Auditor General Eugene DePasquale today released his audit of the purchasing process for a new radio network designed to help Pennsylvania State Police and other emergency responders communicate with each other and keep the public safe.

“My team found that the State Police and Office of Administration followed all applicable procedures in the latest radio system upgrade, which had a price tag of $44.5 million,” DePasquale said. “Importantly, the new system will use some of the existing infrastructure such as towers and microwave relays, so taxpayers did not have to buy those items all over again.”

The old radio system was authorized in 1996 but was plagued by cost over-runs and could not communicate with other agencies. Troopers said that system was so unreliable that they were sometimes forced to use their cell phones instead of their police radios.

When fully deployed in the summer of 2021, the P-25 system will be available to 22 state agencies, the General Assembly, federal, county, and municipal government agencies as well as public transit and utility companies.

DePasquale thanked State Police and the Office of Administration for their cooperation throughout the audit. Both agencies said they agree with and accept all of his audit team’s findings and recommendations, which include better documenting final operational tests of the new system.

“Given the history of problems involving the old system, I believe State Police should go above and beyond to document that the new system is working as designed,” DePasquale added. “Our emergency responders and the residents they protect deserve nothing less.”

Review the P-25 Statewide Radio Network audit report and learn more about the Department of the Auditor General online at www.PaAuditor.gov.