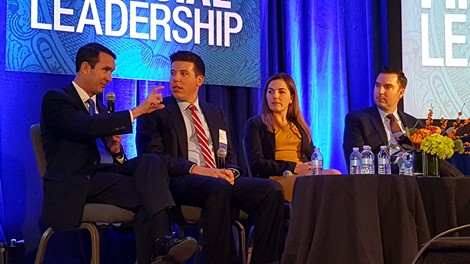 DePasquale was invited to be one of three members of a panel that discussed “A New Vision for Public Finance: Transparency as a Strategic Resource.” The panel was part of Governing magazine’s two-day Summit on Financial Leadership, which drew people from across the country.

“I fully support transparency,” DePasquale said. “I was one of the first elected officials to post my expenses online. It’s the people’s money and they have a right to know what’s happening with it.”

DePasquale focused on the benefits of financial transparency, speaking about issues such as his push for school districts to be required to follow a formal, public bidding process for busing contracts.

“The reality is that being transparent is your self-check process,” he said during the discussion. “Transparency means accountability.”

He noted that his team identified 19 school districts since 2013 that did not bid bus contracts and paid $54.9 million more than the state formula recommends.

DePasquale also said that, while he understands it is human nature to want to keep some information private, “At the end of the day, there is no excuse for not being fully transparent.”