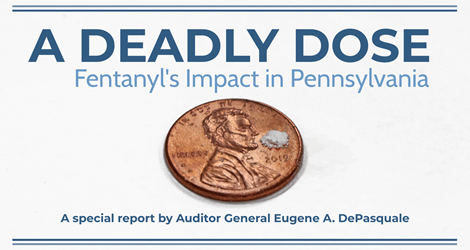 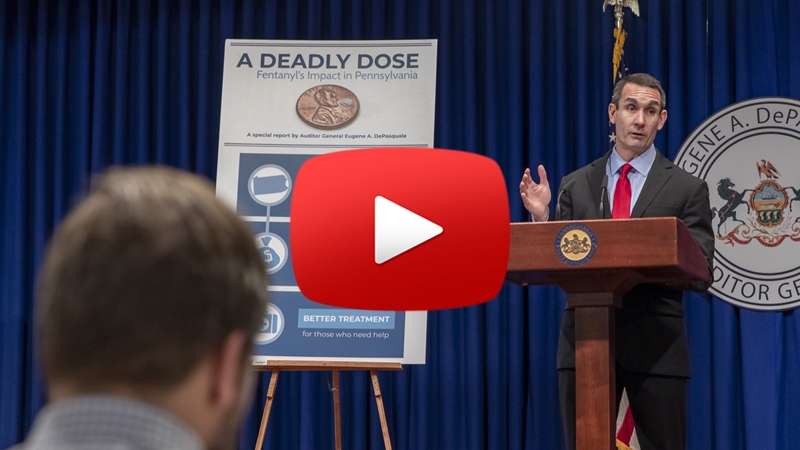 HARRISBURG (Oct. 16, 2019) – Auditor General Eugene DePasquale today said while Pennsylvania is making progress in the fight to curb fentanyl overdoses, his new special report shows significant work remains to be done to save lives and stop the flow of the dangerous drug.

“Fentanyl, which can be 50 times more powerful than heroin, is often present in street drugs such as heroin and cocaine, but users don’t realize it,” DePasquale said. “Beyond the tragic cost in lives lost to overdoses, the fentanyl epidemic is driving billions of dollars in costs to Pennsylvania taxpayers and our economy.”

The new report, titled “A Deadly Dose: Fentanyl’s Impact on Pennsylvania,” notes that:

“While Pennsylvania was able to achieve an 18 percent drop in overdose deaths from 2017 to 2018, mainly due to the increased access to overdose reversal medications like naloxone, the state still saw more than 4,000 overdose deaths last year,” DePasquale said. “Fentanyl’s deadly strength also poses a risk to first responders and law enforcement officers who may come into contact with the drug.”

Naloxone, also known under the brand name Narcan, can quickly reverse the toxic effects of an overdose and save lives, but it does not treat the root disease: opioid use disorder.

“Test strips that allow users to determine if fentanyl is present are one of the best overdose-prevention measures developed so far,” DePasquale said. “The General Assembly should act to make test strips legal and widely available because they can help to save lives.”

Review the full report and learn more about the Department of the Auditor General online at www.PaAuditor.gov. 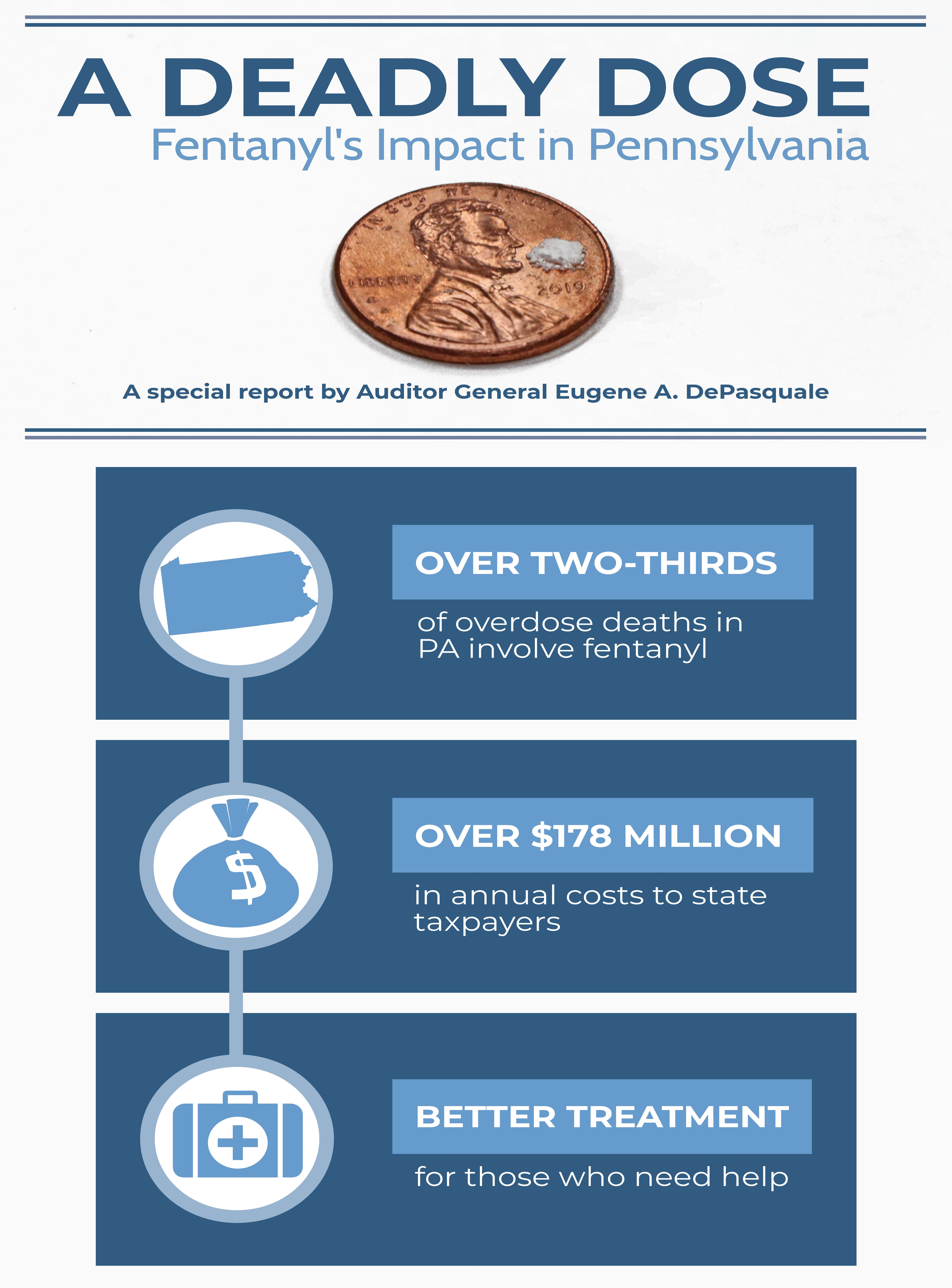