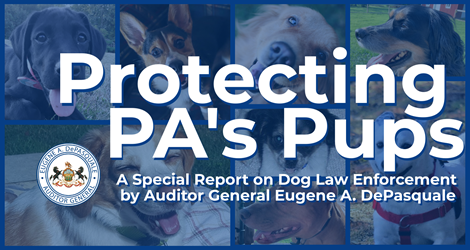 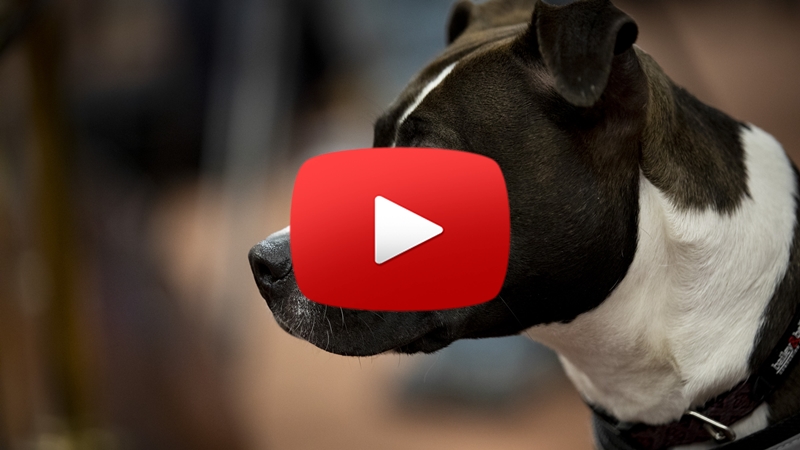 “The Bureau of Dog Law Enforcement may run out of money this summer,” DePasquale warned. “It’s time for Pennsylvania to make sure it is adequately funding dog law enforcement.”

The new special report follows up on DePasquale’s 2013 performance audit of the bureau, which operates within the Pennsylvania Department of Agriculture. The bureau is tasked with ensuring the welfare of dogs and puppies in kennels and boarding facilities. It also oversees annual licensure and checks rabies vaccinations for dogs.

The 2013 audit cited a lack of enforcement of the dog law and commercial kennel canine health regulations from 2008 to 2012. It also found numerous problems with restricted dog law funds being used for unrelated purposes.

DePasquale said his new report found the bureau resolved those issues and followed most of his audit’s recommendations for improvement.

“Despite its financial challenges, Pennsylvania’s Bureau of Dog Law enforcement is functioning much better -- thanks to it having adopted many of my recommendations,” DePasquale said. “However, a lack of funding has forced the bureau to cut its staff by 18 percent since 2014 – which means dog wardens are stretched pretty thin.”

The Bureau of Dog Law Enforcement currently employs 41 dog wardens, a decrease of 12 wardens working in the field since 2014. Dog wardens are responsible for inspecting roughly 2,600 kennels operating across the state at least twice annually. Dog wardens do not enforce animal cruelty statutes.

Part of the funding problem is that annual dog license fees, which make up nearly 90 percent of the bureau’s revenues, have remained at $8.50 -- or $6.50 if the dog is spayed or neutered – since 1996. If license fees were tied to the rate of inflation, those fees would be roughly $14 and $11 today. Some other jurisdictions have fees in the range of $20 or higher.

The special report notes that although the bureau has sold more licenses in recent years, the sales increase has not been enough to offset the rising costs of operation.

Without prompt legislative action, the bureau expects the dog law fund will become insolvent by July.

“Legislators love to tout the changes they’ve made to various animal protection laws, but they’ve paid too little attention to making sure dog law enforcement is adequately funded,” DePasquale said. “Now that the federal government appears to be backing away from many of its regulatory responsibilities, Pennsylvania must make sure our dog wardens have the resources they need to do an effective job.”

Reflecting an important change from the findings of his 2013 audit, DePasquale noted that dog wardens now undergo the legally mandated 64 hours of training and the bureau has adopted standard operating procedures, both of which were lacking previously.

State law requires owners of all dogs over 12 weeks to purchase a license, which are offered through county treasurers. Violators can be cited with a maximum fine of $300 per violation plus court costs.

“Licensing a dog can help to bring that pet back to you should it ever run away,” DePasquale said. “Be sure to license every dog in your family.”

DePasquale thanked Dog Law Enforcement Bureau Director Kristen Donmoyer and her staff for cooperating with his team’s review of the bureau’s progress.

Review the Protecting Pennsylvania’s Pups special report and learn more about the Department of the Auditor General online at www.PaAuditor.gov.