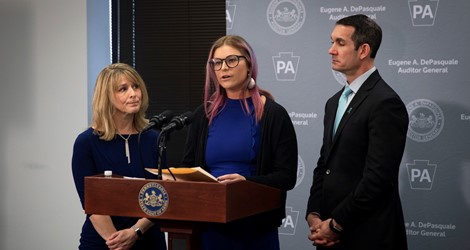 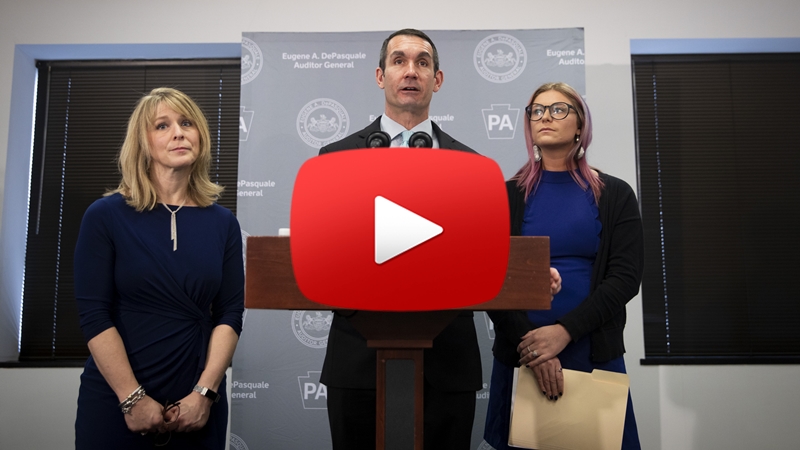 Speaking at the office of the Pennsylvania Coalition Against Rape, DePasquale announced that Pennsylvania has reduced the number of backlogged kits from 3,217 to 339 in three years.

“That’s a nearly 90 percent reduction in the number of victims waiting for agonizingly long periods of time to find out if forensic evidence might help prove what happened to them,” DePasquale said. “I am pleased by the tremendous progress our crime labs have made, but we cannot rest until the backlog is eliminated and every victim has received justice.”

DePasquale first raised the issue in 2016 when he released a special report on the state’s untested rape kits. It found that communication failures, bureaucratic breakdowns and resource shortages led to a backlog of untested kits, some dating back to the 1990s. In the years since, the number of kits awaiting testing has trended steadily downward. A backlogged kit is defined as one awaiting testing for 12 months or more.

As of Dec. 31, 2018, the Pennsylvania State Police and Philadelphia Police Department’s crime labs had no backlogged kits, while the Allegheny County Office of the Medical Examiner, which contains the county’s forensic crime lab, still had 94 backlogged kits. In addition, 245 backlogged kits were in the hands of local law-enforcement agencies – marking a 74 percent decrease from the year before.

“While this progress is welcome, there are still over 300 people who have been waiting for more than a year to find out what evidence, if any, their rape kits contain,” DePasquale added. “These brave victims underwent a grueling physical exam not only for the sake of their own case, but also to potentially help protect others from being assaulted.”

DePasquale thanked Madison Wertz of Lycoming County for helping to raise awareness of the issue by starting a petition drive calling for more funding to clear the backlog.

“When I met Madison two years ago, she was only 11 and had already collected more than 750 signatures near her home and school. Together, we put the petition online and within six months collected more than 100,000 signatures from across the nation,” he said. “If a young person has the courage and conviction to stand up for victims, the adults in the room should take notice.”

DePasquale highlighted how the need to test these kits is finally getting attention and has helped to bring older cases to prosecution. For example, in 2015, Philadelphia received $400,000 in grant funding through the New York County District Attorney’s Office to test 600 rape kits.

“Thanks to the testing done with that grant money, four men have been charged with rape in four separate cases that involved backlogged kits,” DePasquale said. “Not only can testing provide answers for victims, it can help to prevent future crimes by getting rapists off the streets.”

DePasquale encouraged the state to adopt a tracking mechanism that allows victims to keep tabs on their evidence kits as they move through the system.

“There are still victims whose kits have been tested during this amazing push but they have not received any notification of the results of those tests,” DePasquale said. “A tracking system would also allow police and crime lab officials to record every kit and track what happens once it has been tested.”

He said Pennsylvania should consider implementing a kit-tracking system designed by the Idaho State Police forensic team that is available at no cost.

DePasquale was joined for his announcement by Samantha Fullam, a survivor of sexual assault who has never received answers on what happened to her rape kit.

April is Sexual Assault Awareness and Prevention Month, an observation designed to raise awareness that an American is sexually assaulted every 92 seconds.

Visit www.paauditor.gov to read DePasquale’s 2016 special report on the state’s untested rape kits and learn more about the Department of the Auditor General.