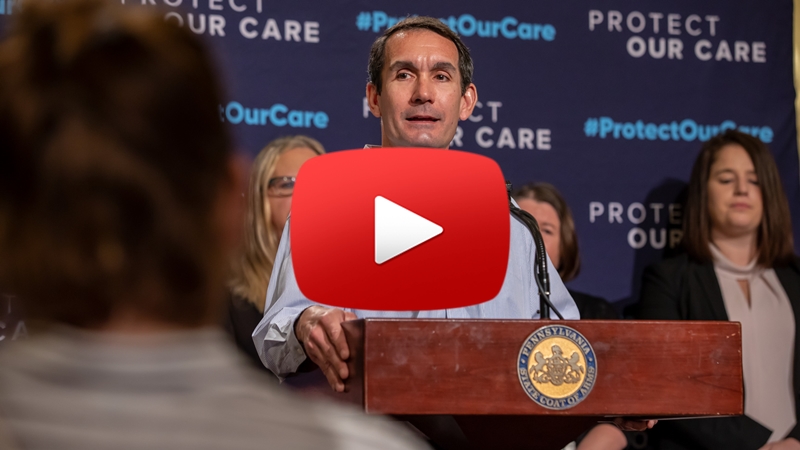 “This legal fight is a direct attack on the millions of Americans who rely on the ACA for needed healthcare coverage,” DePasquale said. “Working families, seniors, individuals with disabilities and college students would all suffer if the legal challenge succeeds.”

People living with pre-existing conditions such as cancer, diabetes, heart disease and even pregnant women could find themselves unable to get health insurance if the ACA is struck down by the courts, DePasquale warned.

The law has helped to reduce Pennsylvania’s uninsured rate to 5.5 percent, the lowest on record. Dismantling the ACA would also drive up uncompensated care costs, creating a burden for hospitals.

“Roughly one million Pennsylvanians can directly attribute having health insurance coverage to the ACA,” DePasquale said. “Why would anyone want to push those people back into the abyss that existed before the law was enacted?”

To learn more about the Department of the Auditor General, visit www.PaAuditor.gov.