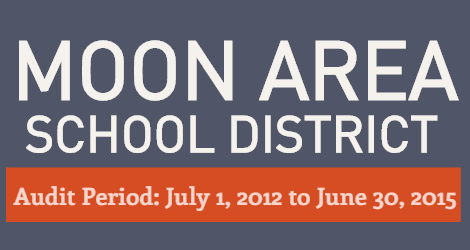 PITTSBURGH (Feb. 16, 2017) – Auditor General Eugene DePasquale said today a recent audit of the Moon Area School District, Allegheny County, shows the lack of oversight and poor judgment of the former board of directors and former superintendent resulted in unchecked spending, wasted tax dollars, and actions that could have put students at risk.

DePasquale said his audit report corroborates an independent forensic audit report of the district commissioned by the current school board and conducted by Wilke & Associates of Pittsburgh.

“One of the most egregious failures of the former school board and former superintendent involved more than $880,000 in change orders during a construction project to renovate three elementary schools,” DePasquale said.

“Not only were these change orders paid without sufficient documentation such as the cost of labor and materials, the board belatedly approved these payments despite the lack of proper records.”

Auditors also noted the district had failed to ensure that the construction work was sufficiently completed before it paid 95 percent of the $26 million construction cost, as required by the Pennsylvania School Code.

“As recently as November 2016 — more than 15 months after the original deadline — there remained significant unfinished work on the construction project,” DePasquale noted.

During the 2013-14 through 2015-16 school years, auditors found numerous improper actions by the former superintendent, which largely went unchecked by the board, including:

• Extended the district’s winter break for the 2015-16 school year, which is estimated to cost the district an additional $450,000 in leave benefits.

• Allocated four additional teacher in-service days in a modified calendar for the 2015-16 school year, which exceeded the one-day allotment set forth in the teachers’ contract.

• Failed to cancel existing $26,000 educational software contract before entering a new five-year contract with another vendor.

Organization of a rugby club without board approval

The former superintendent organized a rugby club without board approval or oversight, risking the safety of student participants.  In doing so he — among other things — failed to require participating students to disclose prior concussions and traumatic injuries, putting them at risk of physical harm; failed to obtain student accident insurance as required; and took the club on overnight trips without getting prior board approval.

The former superintendent also utilized non-cash assets of the district to operate the rugby club which was improper because the club was never approved, and improperly accepted donations on behalf of the rugby club.

“What is most alarming about this is the risk to the players,” DePasquale said. “Because the rugby players were not required to disclose prior injuries and undergo impact testing there was no baseline to measure the severity of any future injuries. That is a very dangerous practice for any sport, especially this very rough sport. Not having such simple protections in place for a rugby team is simply unbelievable and irresponsible.”

The rugby club was subsequently authorized by a new school board in February 2016.

Use of procurement cards without adequate board oversight

During the audit period, 21 district administrators and support staff purchased a total of $348,727 in goods and services with district procurement cards. The audit identified the following examples of violations of the board’s existing procurement policy:

• Multiple users had access to the business manager’s credit card.

• Food purchases were made that were not for curriculum or the education of students.

• Between March 2014 and December 2015, the former superintendent used district procurement cards to charge $10,204 in purchases related to the earlier mentioned unauthorized rugby club.

• According to district records, 12 maintenance staff were authorized to use the district’s procurement cards. Over the three-year period, auditors found that the maintenance staff charged $247,724 using these cards without sufficient oversight of the actual purchases.

• One of the cards repeatedly used by the former superintendent belonged to another administrator.

• The former board and the former superintendent both failed in their governance duties related to the procurement and monitoring of several contracts for school security consulting, a visitor management system, and educational software.

• The district failed to ensure that bus drivers had the required credentials and criminal history clearances before they transported students at the beginning of the school year. 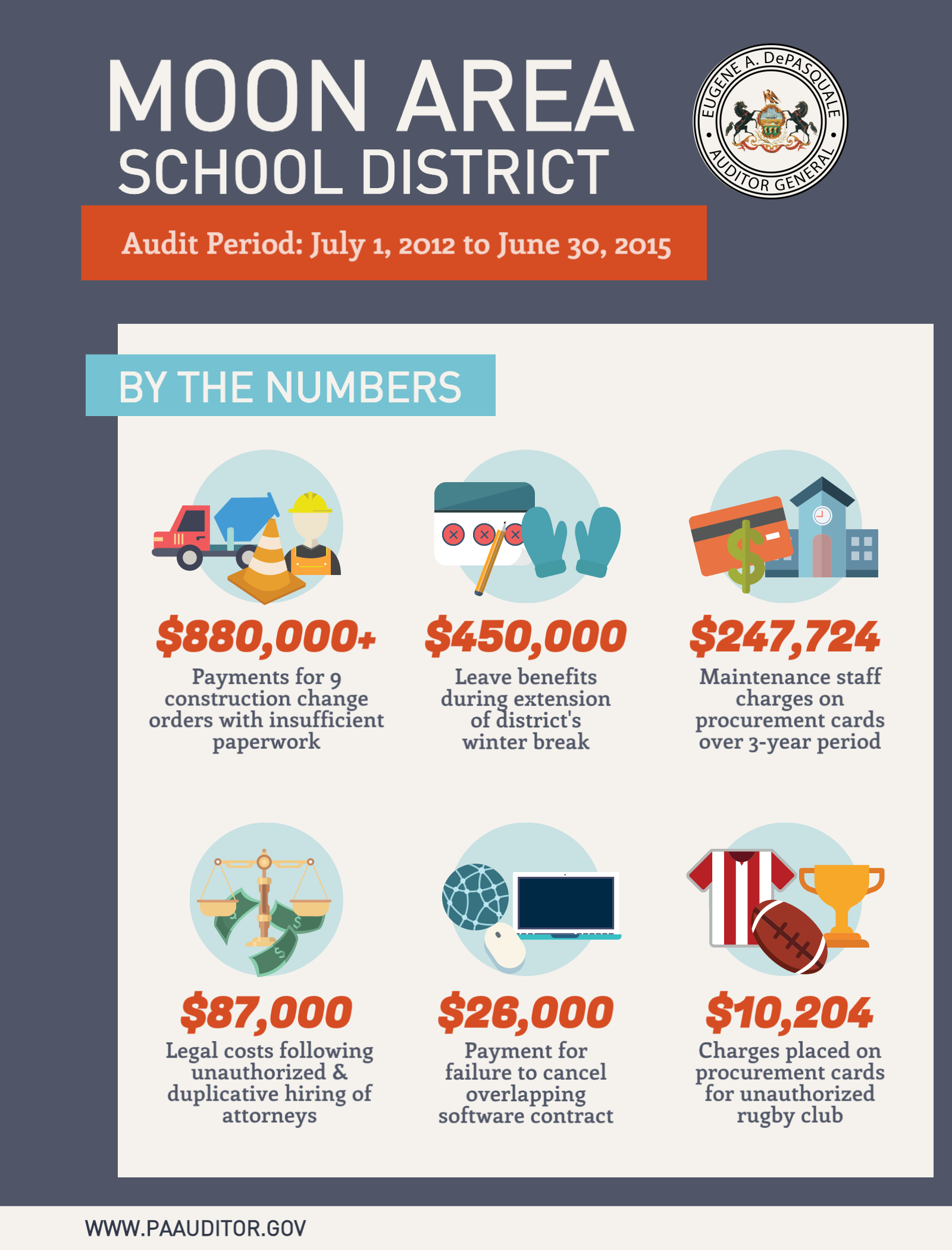