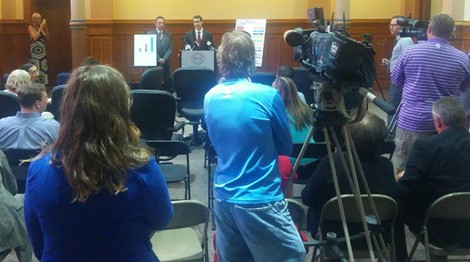 A special report released today reveals the City of Scranton neglected to properly analyze, document, and implement the retirement benefit incentive provided to its non-uniformed employees who retired in 2002 and others in 2007.

“Our detailed review of the double-pension deal revealed a total disregard for proper pension modification procedures by those responsible for the plan—the mayor, city council, and the pension board,” DePasquale said.

“Sending auditors back in time to piece together records and files that are more than 12 years old was not an easy task, but we now have a clearer picture of how Scranton’s non-uniformed pension plan got to this point,” he said. “That said, we greatly appreciate the full cooperation of current city employees, particularly City Clerk Lori Reed and her staff. They went out of their way to accommodate my team so that we can provide answers to the people of Scranton.”

Scranton’s non-uniform pension plan is currently funded at just 23 percent and classified as severely distressed; it was funded at 78 percent in 2002. A retirement incentive in 2002 was initiated in an attempt to reduce payroll as part of the city’s financial recovery plan. It is this incentive, which resulted in 35 employees collecting double-pension payments and lifetime health coverage, that DePasquale and his team say pushed the city even further towards the brink of bankruptcy.

In an effort to resolve concerns about the double-pension payments to those retirees, auditors reviewed legal documents, correspondence, ordinances, and meeting minutes of the pension board and city council.

“We found no written record of the double-pension benefit offer,” DePasquale said, noting that any proposed change in benefits should be documented. “While the city did conduct various cost studies, most were prepared after the employees actually retired and there is no evidence that the studies included all of the specific parameters of the offer. Nor is there any evidence the studies were presented, analyzed and reviewed by the pension board or city officials.

“Based on our review of meeting minutes and documents, it is hard to imagine that city leaders were not aware of the increased benefit incentive. However, the doubling of the pension benefits was not approved in any of the four ordinances passed after-the-fact in 2003.

“City officials did not follow applicable pension laws and appropriate procedures to understand the short- and long-term implications of the incentive before it was offered and implemented,” DePasquale said.

It is clear that the additional benefits severely impacted the overall health of the non-uniformed pension fund and significantly increased the amount the city must contribute to the plan annually:

• The double-pension benefits for the 25 employees who retired in 2002 — and 10 additional employees who were offered the benefit in 2007 following a lawsuit — adds an extra $266,880 annually to the city’s pension costs.

The Department of the Auditor General is not convinced that offering the double-pension deal to nine of the 10 employees in 2007 was necessary. The special report notes that providing double-pension payments to these nine individuals adds an extra annual cost of $69,860 just to cover the enhanced benefits.

The department’s report also states that one of those nine individuals included in the 2007 offer is not eligible because she did not have enough years of service to qualify and none of the four ordinances passed in 2003 included that individual’s bargaining unit in the eligibility criteria.

“The city’s hearing examiner should focus attention on reviewing the eligibility of these nine beneficiaries, none of whom appear to meet the terms of the 2003 ordinances requiring retirement in 2002,” DePasquale said. “City council and the pension board again failed to understand the short- and long-term impact before extending the retirement offer and now taxpayers are left holding the bag.”

The auditor general’s special report includes the following recommendations for immediate action by city officials and the pension board:

• The city should complete its review of the pension benefits being paid to the 2002 and 2007 retirees and determine:

o Who is eligible;

o Whether it is obligated to continue paying the double-pension benefit; and

o Whether any amount paid to the retirees should be recouped.

• In the future, city leaders should obtain and document their review and analysis of cost studies prior to approval of proposals.

• The pension board and city should ensure all pension benefit provisions are documented clearly and specifically through properly-executed plan documents, including ordinances, resolutions, board minutes and collective bargaining agreements.

• The pension board should ensure all pension benefit determinations are reviewed in a timely manner for accuracy and compliance.

• The pension board and the city should ensure the plan’s consultant and custodian are provided with supporting documentation authorizing all benefit modifications.

• The pension board and the city should ensure only employees who meet required qualifications receive benefits.

• The city should continue its efforts to develop a long-term strategy to address the non-uniform pension’s severely distressed status.

The Special Report on the City of Scranton Non-Uninformed Pension Plan is available here. 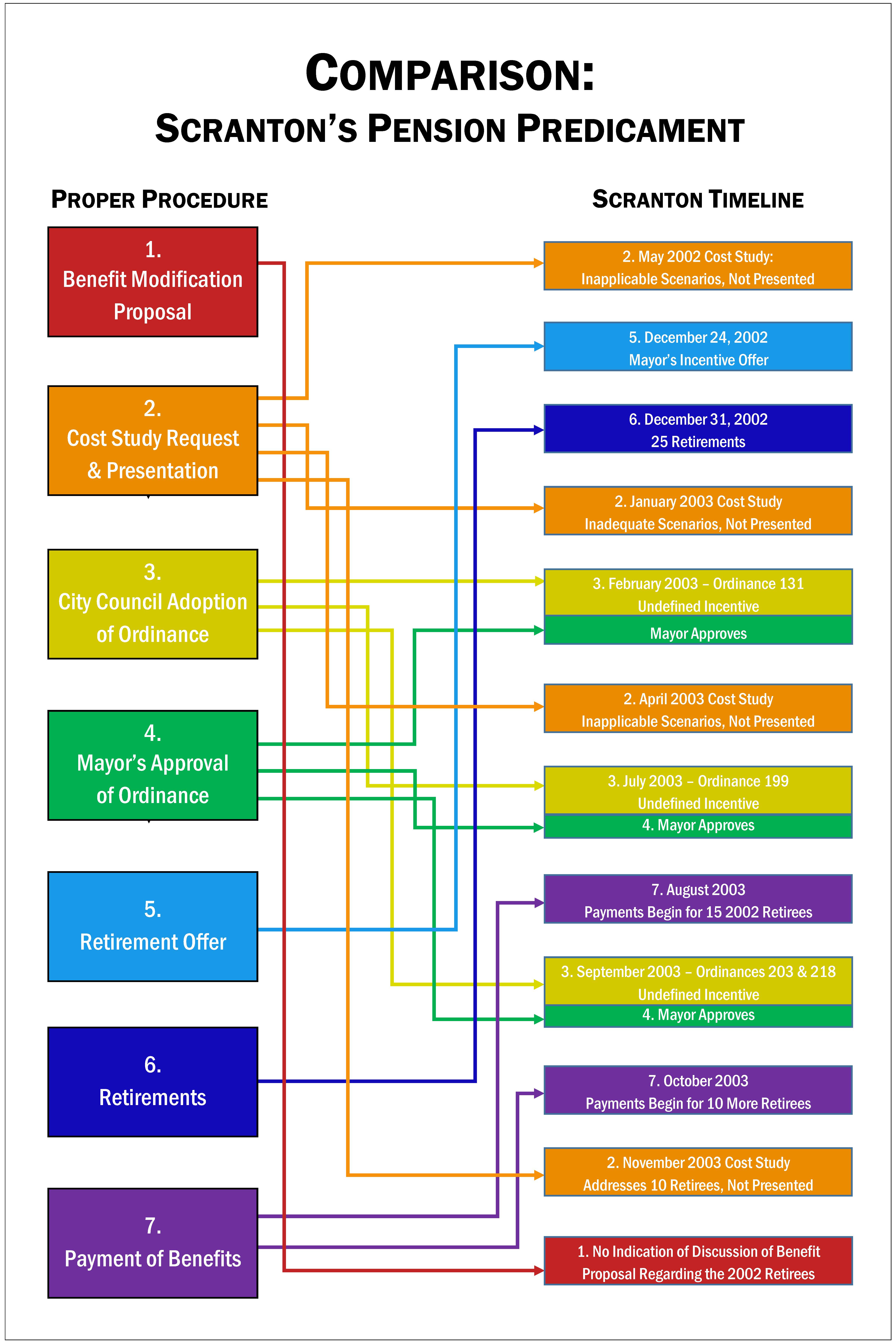