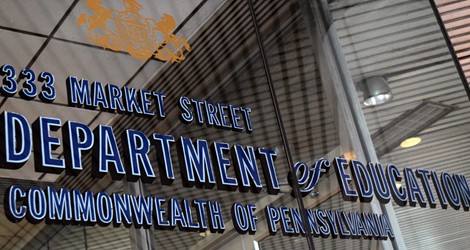 School districts may object for a variety of reasons, including questioning charges for students not residing in the school district or the number of days that the charter school claims to have educated a student.

Check is in the mail

“What we found in our audit is that essentially all a charter school has to do is claim to PDE that it is owed money, and PDE cuts the charter school a check and withholds the money from the school district’s state subsidy before providing the district a chance to challenge the payment,” DePasquale said, noting that this was an audit of PDE’s practices, not a criticism of charter school actions.

“Absent showing PDE a cancelled check as proof of payment, a school district’s only option is to enter the lengthy, confusing, and nonsensical rabbit-hole-world that is PDE’s charter school payment appeals process.”

Auditors noted that even though PDE notifies a school district that it has 30 days to challenge a redirection payment request, in most cases the department does not wait the 30 days before authorizing the payment to the charter school.

Auditors found that there were 857 charter school payment appeals filed by districts during the five-year audit period of January 2011 through December 2015 when PDE made more than $1 billion in direct payments to charter schools. As of Dec. 31, 2015, 701 of the appeals – or 82 percent – were unresolved, including:

• 327 appeals where funds were not redirected from school districts to the charter schools.

“The majority of the $1 billion PDE redirected to charters is not in dispute,” DePasquale said. “Our audit focused on the 374 appeals that are unresolved where $30.5 million was redirected from school districts to charters.

“This is not to say that the districts are owed $30.5 million,” he said. “Since PDE did not follow-up on these appeals we just do not know. It is possible that the school districts and the charter schools could have resolved the appeals on their own, but again, because PDE didn’t follow up, we just don’t know.”

Letters to the school districts and charter schools from PDE’s Bureau of Budget and Fiscal Management stated, ‘a hearing officer will be assigned.’  To the contrary, letters from the department’s Office of Chief Counsel told the parties that ‘a hearing officer will not be appointed’ to allow time for alternative dispute resolution.

“If this was part of a Sesame Street episode, the dialogue would probably include ‘Elmo frustrated,’” DePasquale said. “And, PDE did not even know they were sending contradictory letters until we pointed it out to them during the audit.”

What’s more, auditors found PDE Basic Education Circular is out of date, which is a problem because it is intended to serve as a guide to department staff, school districts, charter schools and others.

“If your own rulebook is incorrect, maybe it is time to throw the whole thing in Oscar the Grouch’s garbage can and start over,” DePasquale said.

Auditors found that PDE does not follow up with school districts or charter schools to determine the status of appeals, and whether or not the parties have resolved their dispute, or need to proceed to the hearing officer stage of the process.

Delays caused by PDE’s appeals process resulted in 82 percent of all appeals remaining unresolved with minimal action by the department during the audit period. This includes 374 appeals by 90 school districts in 37 counties where $30.5 million was redirected to 69 charter schools (click here to download spreadsheet list).

“New Hope Academy Charter School closed in 2014 after its charter was not renewed by the York school district,” DePasquale said. “No one knows the status of the $3.6 million because PDE is not doing its job to process appeals in a timely manner.”

The Philadelphia case involved a dispute over enrollment caps that ended up in court, the state Supreme Court determined that PDE improperly redirected $1.5 million from the Philadelphia School District’s state subsidies and paid it to Walter Palmer Charter School.

In addition to PDE’s general lack of oversight of the appeals process, blame also lies with Pennsylvania’s Charter School Law which DePasquale has often called “the worst in the nation.”

“Problems with the commonwealth’s Charter School Law are numerous, and this audit of the PDE appeals process is just another disturbing example of why we need serious, thoughtful reform of this law,” DePasquale said. “There is just too much at stake. Unless we do something and do it soon, our entire educational system – and the future of our students – is in jeopardy.”

“It is time that we seriously consider ending the way charter schools are funded in Pennsylvania. Perhaps it is time to have direct funding from the state to the charter schools, rather than continuing the ‘monkey-in-the-middle’ process we have today that places the responsibility on school districts, which have little recourse when payment disputes arise.

“PDE exists to ensure that students receive the education they deserve, not to be a hindrance to those providing the classroom education,” DePasquale said.

EDITOR’S NOTE:  Following is a list of the 374 charter school payment appeals — involving $30.5 million redirected from school districts to charter schools — that were unresolved as of Dec. 31, 2015.  Audit work indicates that some of these appeals listed in “open” status were resolved at the local level between the school district and the charter school; those appeals should be closed by PDE.