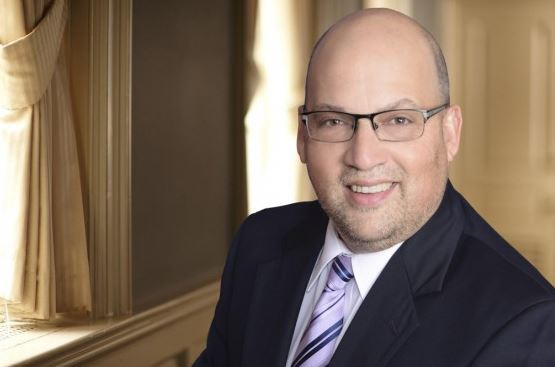 Ken Rapp serves as the Chief of Staff to the Auditor General. In that capacity, Ken provides strategic input to Auditor General DeFoor on the wide variety of issues presented to the office. Ken enjoys a wealth of experience in both the public and private sectors. He began his legal career by serving as a litigator in both criminal and civil matters for fourteen years. Subsequently, Ken served during the administrations of Governors Ridge, Schweiker, Rendell and Corbett in the following roles: Director of the Pennsylvania Corporation Bureau and Deputy Secretary of Regulatory Programs with the Pennsylvania Department of State; and Deputy Secretary for Procurement in the Pennsylvania Department of General Services. Ken also served as the Chief Public Defender for Dauphin County. Most recently, Ken provided lobbying and consulting services for clients of Greenlee Partners, LLC. As a result of this experience, Ken has cultivated significant relationships throughout state and local government as well as private industry. 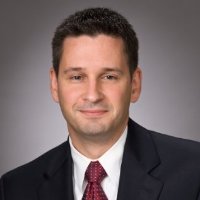 Mike Richart serves as the Deputy Auditor General for Administration. In this capacity Mike provides strategic support for the administrative functions of the Auditor General including Information Technology, Human Resources and budget management. Mike has 21 years of commonwealth experience working in the Departments of Labor & Industry, Conservation and Natural Resources, Transportation and General Services, where he served as the Chief Procurement Officer of the Commonwealth and later as the Deputy Secretary for Procurement.

Mike most recently served as the Director of the Bureau of Planning and Management in the Office of the Budget, Comptroller Operations. In this capacity, he managed the administrative back office functions of the 400-person Office including human resources, policy development, information technology and workforce development.

Mike has a Master of Public Administration degree from the Shippensburg University and certified by the Institute for Supply Management as a Certified Purchasing Manager. 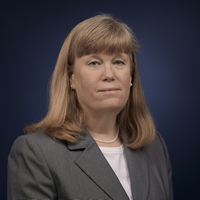 Janet Ciccocioppo serves as a Deputy Auditor General for Audits. In this capacity, Janet assists in overseeing eight audit bureaus, which complete approximately 4,000 audits annually. These audits include financial audits, performance audits, and attestation engagements. After performing accounting functions for a few years in the private sector, Janet began her career with the department as an entry level auditor in 1989. Much of her 31 year career with the department has been overseeing, managing and conducting performance audits, but she has also conducted financial audits. Janet served as the Director of the Bureau of State and Federal Audits for three years where she directed, jointly with an independent CPA firm, the conduct of the annual financial audit of the Commonwealth of Pennsylvania (Comprehensive Annual Financial Report) and the annual Single Audit of the Commonwealth of Pennsylvania. In that capacity, Janet also oversaw the department’s corporation tax activities as well as other financial audits. Janet also served as the Director of the Bureau of Performance Audits for three years. During that tenure the bureau completed more than 25 performance audits. Most recently, Janet served as Acting Deputy Auditor General for Audits.

Janet has a Bachelor’s degree in Business Administration with proficiency in Accounting from the Pennsylvania State University. She earned her CPA in 1991. Janet is originally from Chicago, Illinois, and now lives in Dauphin County with her husband Martin. She has five daughters. 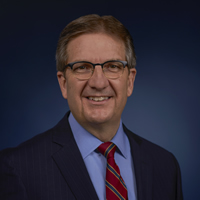 Gordon Denlinger serves as Deputy Auditor General for Audits. In that role Gordon provides managerial and professional direction over the audit bureaus that fulfill the statutory obligations of the Department of the Auditor General.

As a CPA of over 25 years, Gordon brings a solid background of accounting, auditing, and financial management experience to his role. For over eleven years, he served as Assistant Controller of the Graco Children’s Products division of Newell Rubbermaid. Gordon then served as Controller for The Sharp Shopper, a regional, family-owned grocery store chain. From 2003 through 2014, Gordon served as State Representative for the 99th State House District in eastern Lancaster County. Following his time in office, Gordon initiated and led a bank startup effort, serving as founder and Chairman of Hamilton Bancorp into 2017. Most recently, he served as Pennsylvania State Director of the National Federation of Independent Business (NFIB).

Gordon earned a B.S. in Accounting and a minor in English at Bob Jones University in 1985. He and his wife, Carolyn, are the proud parents of four adult children. Gordon is active in the leadership of his church, and serves on a number of non-profit volunteer boards. He and his wife reside in eastern Lancaster County.

Chief Counsel Steve Matthes has served the Department as Chief Counsel since January, 2018. Prior to this appointment, Steve was a Deputy Chief Counsel with the Department of the Auditor General from 2005 through 2017 where he arrived after thirteen years in the private practice of law. In addition to his duties as Chief Counsel, Steve provides counsel to the Bureau of Human Resources as well as to the bureaus of Municipal Pensions and Volunteer Fire Relief Association Audits. Steve handles internal and external litigation matters, conducts various department training sessions and is the Open Records Officer for the Department.

Before his tenure with the Department, Steve worked for Tucker Arensberg, PC (1999-2005) in their banking/finance and litigation departments. Steve also routinely handled labor and employment law and bankruptcy matters and was a registered lobbyist, representing health care clients (Physical Therapists) and Special Courts (AOPC). While at Tucker Arensberg, Steve served as counsel to the Prevailing Wage Appeals Board (Labor & Industry).

Prior to Tucker Arensberg, Steve was an attorney with McNees, Wallace and Nurick, Harrisburg’s largest law firm from 1996-1999 in their banking and finance department. While at McNees, Steve routinely handled labor law and litigation matters. Steve began his legal career at Wolfson & Kahan, PC in York, PA where he focused on litigation and labor/employment law matters.

Steve earned his Juris Doctor from Widener University School of Law in Harrisburg, PA in 1992 and is a 1988 graduate of Wake Forest University in Winston-Salem, NC. 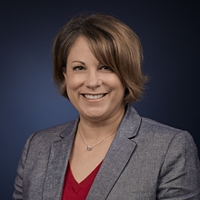 April Hutcheson is the Director of Communications for the Office of the Auditor General. She is an experienced media relations expert with more than two decades of professional work in crisis communications and public relations.

Most recently, April served as the Director of Communications at the Pennsylvania Department of Health, overseeing all external communications, serving as the lead for the Opioid Command Center and the COVID-19 response. She has worked on high profile issues like the implementation of the medical marijuana program and served as the department spokesperson.

April is a recipient of a Pennsylvania Excellence in Technology Award for her work as part of the Opioid Data Dashboard Team. She was named to the Central Pennsylvania Business Journal’s Top 40 under 40 list in 2012. April has been recognized for her work by the International Association of Business Communicators and the Religious Public Relations Council of America.

* Please note, there are some audits and investigative reports posted on this website without a signature. If you are viewing an unsigned report, please note that it is not a final, official document and should not be treated as such.