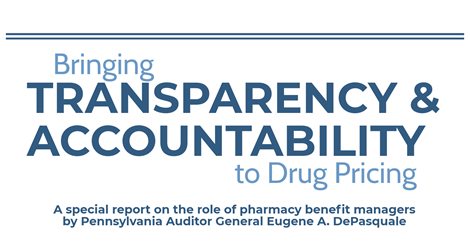 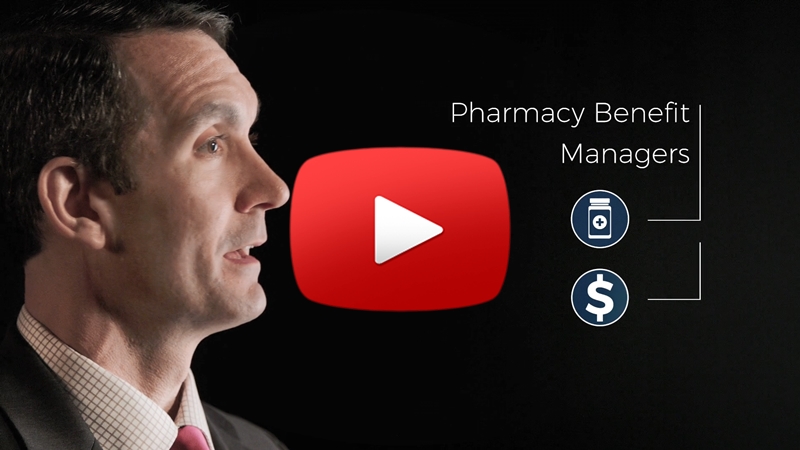 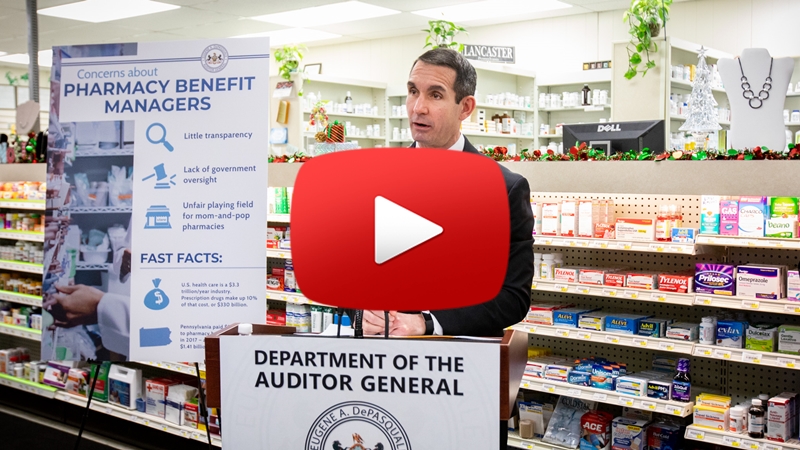 “Prescription drug costs continue to rise, despite the wave of less-expensive, generic drugs that are now available,” DePasquale said. “Pharmacy benefit managers have ballooned in the shadows of the marketplace, drawing in skyrocketing profits while flexing increasing control over who may access which prescription medications.”

Pharmacy benefit managers (PBMs) have come under pressure nationally for raking in huge profits while shrouding their business practices from oversight. The nation’s three largest PBMs each earn over $15 billion annually. Most other states have already passed legislation aimed at making PBMs’ practices more transparent so that state leaders can ensure taxpayers are not paying for unnecessary services.

Originally formed to serve as third-party claims administrators, PBMs have grown to assume new duties such as developing lists that restrict which medications are covered and deciding how much money pharmacies are reimbursed for those medications.

Because PBMs operate as subcontractors, they can shield important information, such as how they select which drugs are covered and whether community pharmacists are reimbursed the same amount as their affiliated chain pharmacies for the same drugs.

Nearly every pharmacist who testified spoke of their concern that PBMs would retaliate against them by canceling their contracts because they spoke out about what they regard as injustices that affect their ability to serve customers. Highlights of the testimony included:

“If you don’t sign them (the PBM contracts), you might as well go outside and close your doors,” one pharmacist testified in Delaware County. “During the day, all pharmacy operations are decided by PBMs. We, the pharmacists, decide what time the pharmacy opens and what time it closes – that’s it.”

“The system is flawed in that the motivations of the PBMs don’t align with the interest of providing quality patient care at the best possible cost,” another pharmacy owner testified in Beaver.

DePasquale said dozens of pharmacists noted that, a few weeks after a large PBM dramatically slashed reimbursements in late 2017, they began receiving letters from a related corporate entity offering to buy their pharmacies – citing those dropping reimbursement levels.

“I’m concerned that PBMs may use their ‘take-it-or-leave-it’ contracts to exert undue influence on the marketplace,” DePasquale said. “Federal rules require that there must be a high wall between the two sides of the business.”

DePasquale also noted that community pharmacists repeatedly testified about contracts containing so-called “gag rules,” which prevent pharmacists from being allowed to voluntarily tell patients they might be able to pay less for a medication if they paid the out-of-pocket price instead of using their insurance.

“Gag rules are perhaps the most infuriating aspect: a pharmacist may not be allowed to tell a customer how to save money unless the customer specifically asks them,” DePasquale said. “That’s not only patently anti-consumer, it’s so egregious that even the White House has spoken out against gag rules.”

Efforts to address some PBM practices fell short of passage in Pennsylvania’s most recent legislative session, but DePasquale advocated for the introduction of new legislation to do the following:

“Now is the time for the state and federal governments to act to bring transparency and oversight to the practices of these PBMs that are affecting consumers,” DePasquale said. “Your money, taxpayer money and patients’ lives depend on it.”

The special report on pharmacy benefit managers is available online at: www.PaAuditor.gov.