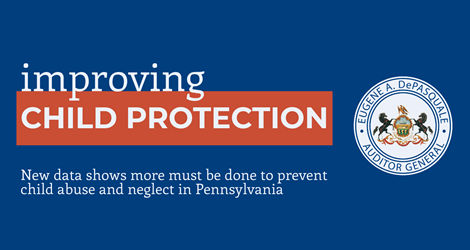 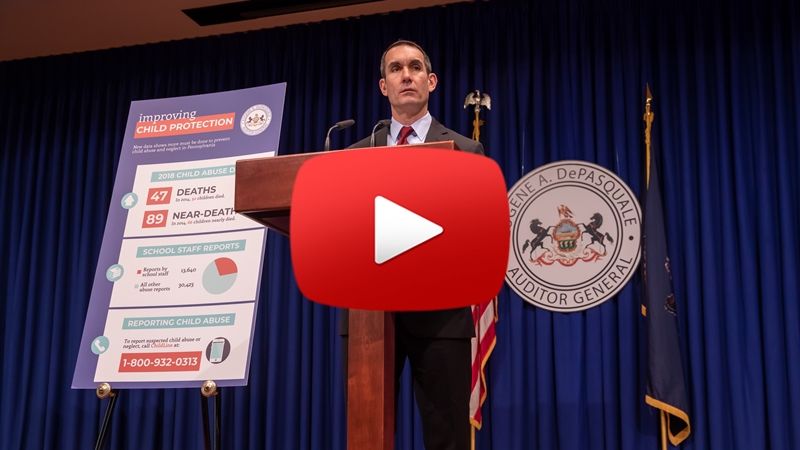 HARRISBURG (May 9, 2019) – Auditor General Eugene DePasquale today said that a review of 179 cyber and charter schools found a vast majority lacked updated policies on reporting child abuse until he contacted them this spring — and that nine schools flatly ignored his repeated requests to produce their reporting policies.

“With new data showing child abuse deaths in Pennsylvania increased again last year, we must do everything in our power to educate school staff on how to report suspected abuse,” DePasquale said. “Our schools have a clear obligation to protect the safety of every student.”

According to statistics just released by the state Department of Human Services, 47 children died and 89 children nearly died from abuse in 2018 – a 6 percent increase from the previous year. More than one out of every three of those children were already known to county children and youth services (CYS) agencies.

“While the majority of children who tragically died of abuse were 4 years old or younger, more than 12 percent of those killed or nearly killed were of school age,” DePasquale added.

Of the 44,063 child-abuse allegations reported to the state’s ChildLine abuse hotline last year, 83 percent were submitted by mandated reporters. Those are people who work with or care for children and are required by law to file reports of suspected abuse or neglect. School employees file the largest number of those reports, far outweighing any other category of mandated reporters.

“Making sure school staff are trained to spot abuse and neglect is clearly affecting the number of allegations being reported – and I’m very glad that awareness has been raised,” DePasquale said. “All school staff must be properly trained to act as the first line of defense against abuse and neglect, and to do that schools should have a policy in place that outlines how staff are to handle making reports.”

DePasquale said his review found nearly 80 percent of cyber and charter schools reported having such a policy in some form. However, he noted, the vast majority of those were created after he contacted the schools this spring.

“It’s been more than four years since Pennsylvania changed its law to make sure that no one at the local level could try to sweep reports of suspected abuse under the rug, as happened in the Jerry Sandusky case,” DePasquale said.

Prior to 2014, when all school personnel who have direct contact with children became mandated reporters, their only requirement was to report abuse or neglect concerns to a supervisor.

The number to reach ChildLine is 1-800-932-0313. Learn more about how to report child abuse or neglect online at www.keepkidssafe.pa.gov.

EDITOR’S NOTE: Following are lists of cyber and charter schools that did not respond and that had a policy containing outdated reporting language as of May 8, 2019. 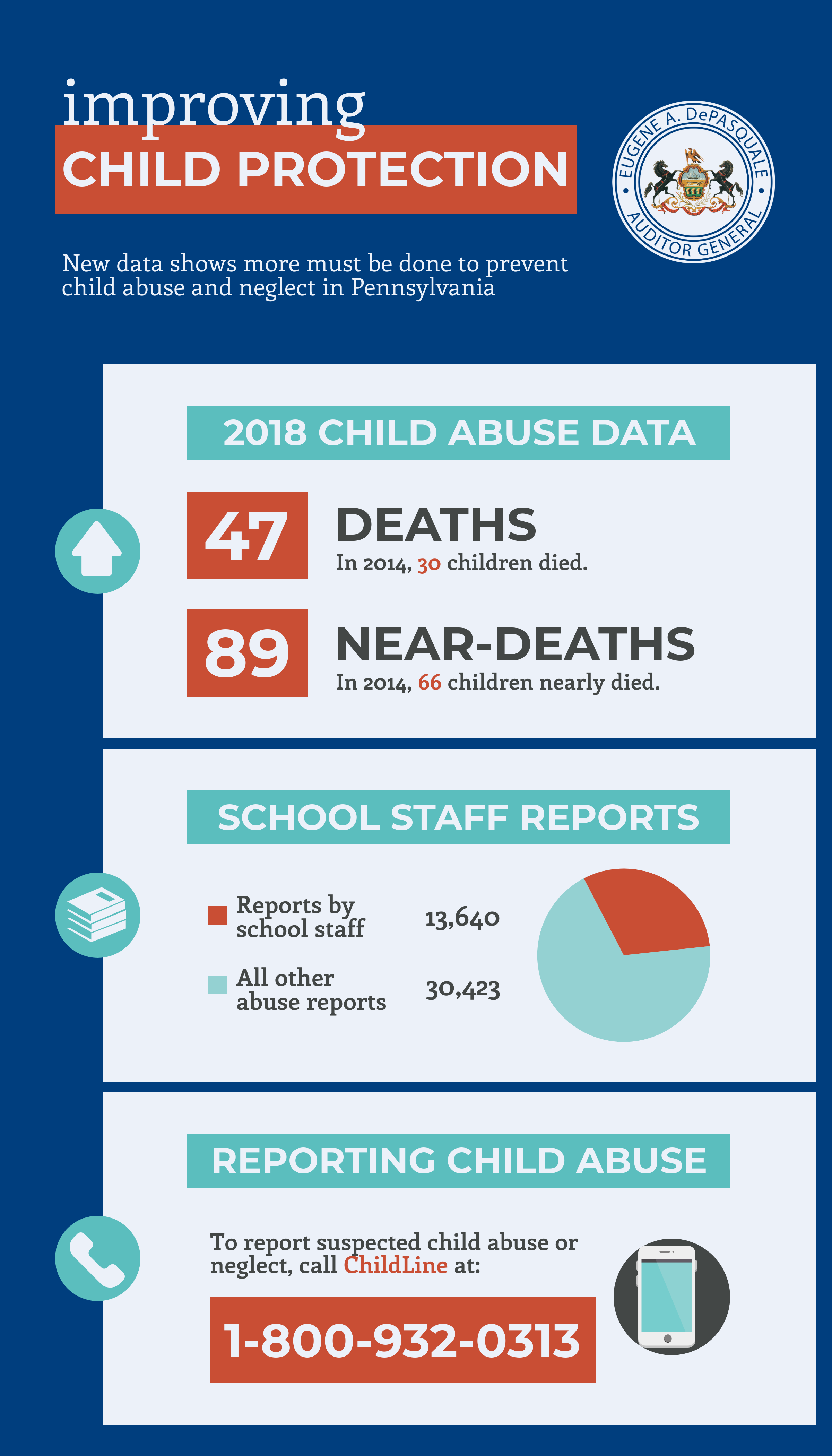