BETHLEHEM (Aug. 6, 2018) – Auditor General Eugene DePasquale today hosted the first public forum to discuss the impact pharmacy benefit managers (PBMs) have on the prescription drug industry, including on the price consumers pay for their medications at the pharmacy counter.

“As consumers face rising prescription drug costs, states across the country are struggling with the role of pharmacy benefit managers because there is currently no state or federal oversight,” DePasquale said. “Taxpayers and businesses deserve more transparency in the pricing of prescription reimbursements than is currently required, and I want to fix that.”

DePasquale was joined by Rep. Doyle Heffley, who also spoke during the hearing, which was the first regional forum on the PBM issue in Pennsylvania.

“I want to make sure that consumers always know how to get the best price possible for the prescriptions they need,” DePasquale said.

The event, at Northampton County Community College, featured these speakers:

In June, DePasquale launched a review focused on practices by PBMs, which negotiate with drug companies and insurers to help define which drugs are covered by health insurance plans and set the drug reimbursement rates for community and chain pharmacies. Information from today’s hearing will be included in a special report from the auditor general later this year. 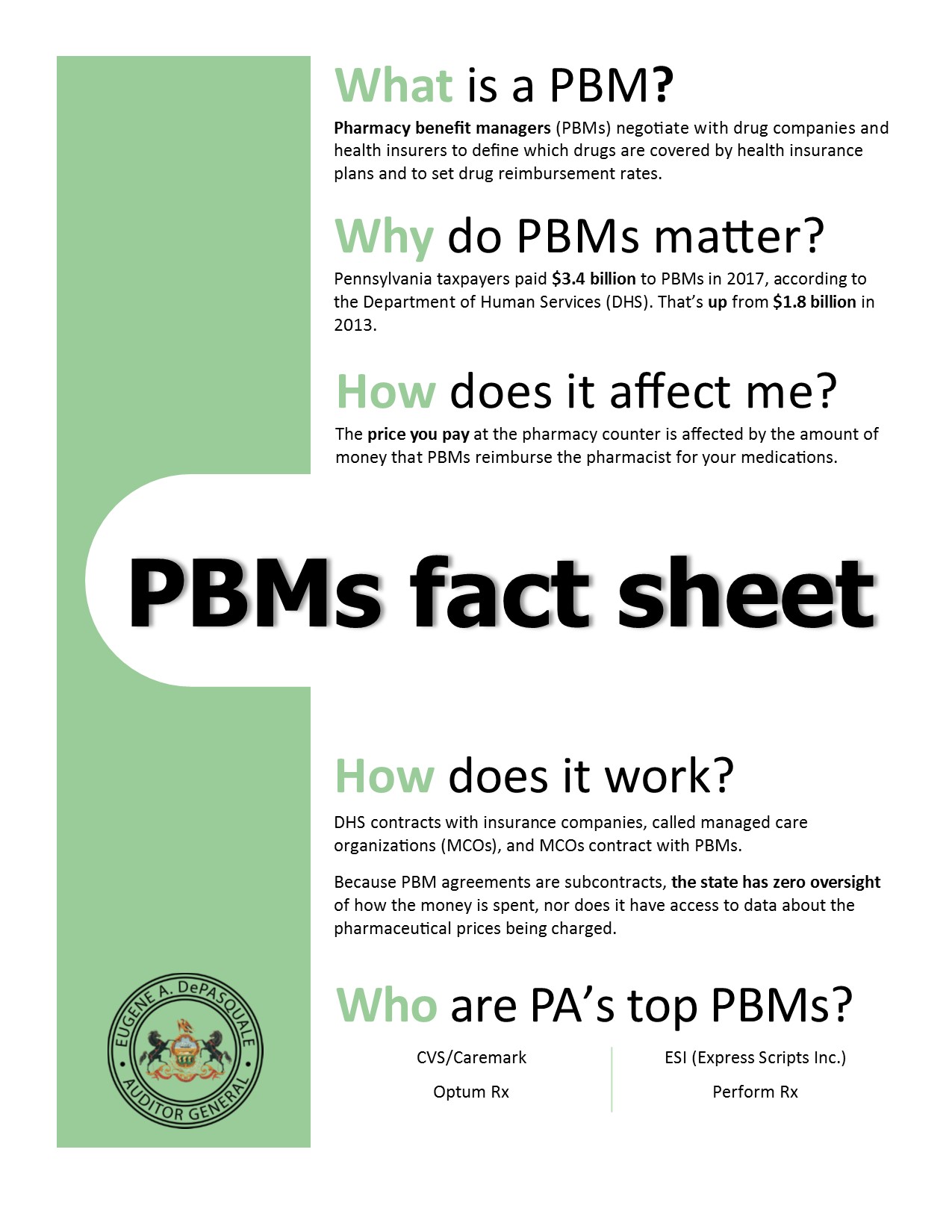