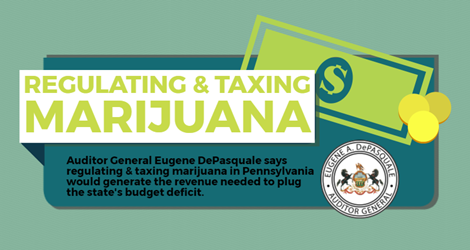 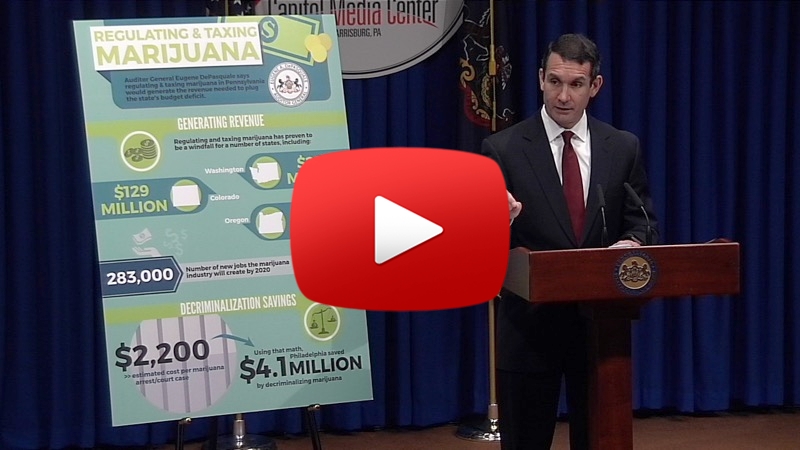 HARRISBURG (March 6, 2017) – Auditor General Eugene DePasquale said today Pennsylvania should strongly consider regulating and taxing marijuana to benefit from a booming industry expected to be worth $20 billion and employ more than 280,000 in the next decade.

“The regulation and taxation of the marijuana train has rumbled out of the station, and it is time to add a stop in the Commonwealth of Pennsylvania,” DePasquale said during a news conference at the state capitol.

“I make this recommendation because it is a more sane policy to deal with a critical issue facing the state. Other states are already taking advantage of the opportunity for massive job creation and savings from reduced arrests and criminal prosecutions. In addition, it would generate hundreds of millions of dollars each year that could help tackle Pennsylvania’s budget problems.”

DePasquale said Alaska, California, Colorado, Maine, Massachusetts, Nevada, Oregon and Washington have all regulated and taxed marijuana in recent years.  Washington, DC has legalized marijuana, but does not yet have retail sales. Other states are considering regulating and taxing marijuana, including Delaware, New Jersey and Maryland.

In 2012, Colorado voters approved legalizing, regulating and taxing marijuana.  Last year, Colorado – which has less than half the population of Pennsylvania – brought in $129 million in tax revenue on $1 billion in marijuana sales from the new industry that had already created an estimated 18,000 jobs.

“The revenue that could be generated would help address Pennsylvania’s revenue and spending issue. But there is more to this than simply tax dollars and jobs,” DePasquale said. “There is also social impact, specifically related to arrests, and the personal, emotional, and financial devastation that may result from such arrests.”

“All told, this decrease in arrest numbers represent thousands of people who would otherwise have blemished records that could prevent them from obtaining future employment or even housing,” DePasquale said. “Decriminalization also generates millions in savings from fewer arrests and prosecutions.”

In Philadelphia, marijuana arrests went from 2,843 in 2014 to 969 in 2016. Based on a recent study, the RAND Corporation estimated the cost for each marijuana arrest and prosecution is approximately $2,200. Using those figures, that’s a savings of more than $4.1 million in one Pennsylvania city.

Last year, York, Dauphin, Chester, Delaware, Bucks and Montgomery counties each had more arrests for small amounts of marijuana than Philadelphia. Those counties had between 800 and 1,400 arrests in 2015.

“Obviously, regulation and taxation of marijuana is not something that should be entered into lightly,” DePasquale said. “Should Pennsylvania join the growing number of states benefiting financially and socially from the taxation and regulation of marijuana; there are many things to consider, including details about age limits, regulatory oversight, licensing, grow policies, sale and use locations, and possession limitations.

“As I said earlier, the train has indeed left the station on the regulation and taxation of marijuana,” DePasquale said. “It is time for this commonwealth to seriously consider this opportunity to generate hundreds of millions of dollars in new revenue.” 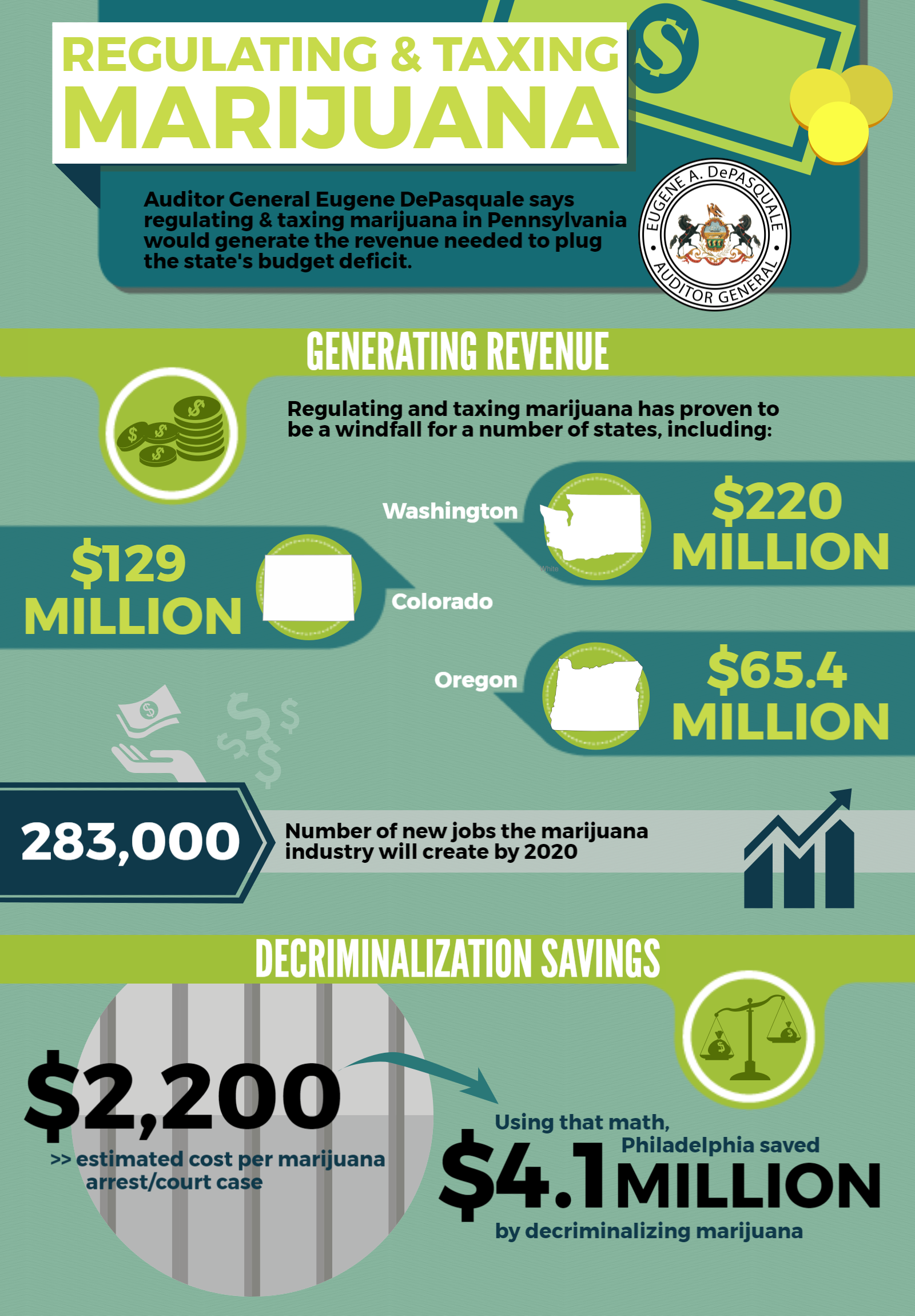