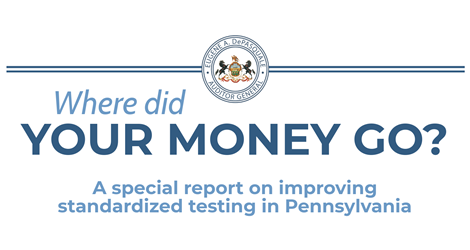 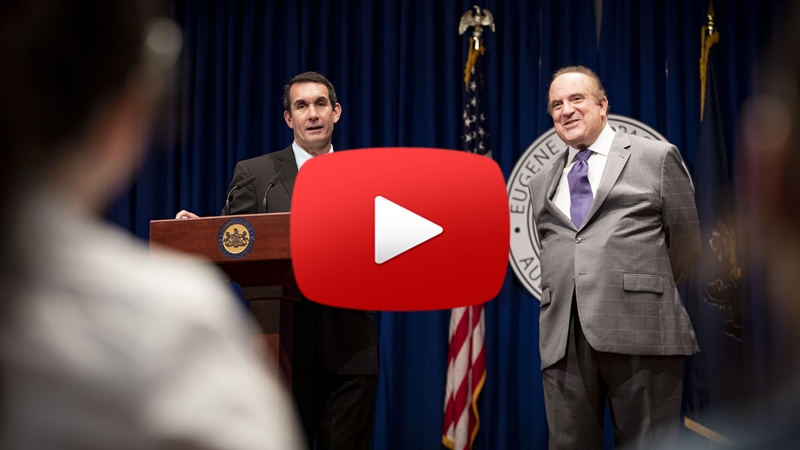 HARRISBURG (July 10, 2019) – In a new special report released today, Auditor General Eugene DePasquale said Pennsylvania taxpayers are still spending tens of millions of dollars every year on the Keystone Exams, which have not been federally required for four years.

“Pennsylvania should aggressively explore using a nationally recognized test that can open new doors for students rather than continuing to spend money on an exam that is no longer required,” DePasquale said. “For less than what Pennsylvania spends on the Keystone Exams, it could instead pick up the tab for every high school student to take the PSAT or SAT.”

Federal law requires that all states administer a secondary-level standardized test; however, since 2015, when the No Child Left Behind Act was replaced, the state-specific Keystone Exams were no longer required.

But rather than phase out the state-specific tests – which at least 12 other states have done – the Pennsylvania Department of Education (PDE) is still paying the tests’ creator, Minnesota-based Data Recognition Corp., tens of millions of dollars each year to administer and score the Keystone Exams.

Between 2015 and 2021, Pennsylvania will have spent nearly $100 million on the Keystone Exams.

“When the federal law changed in 2015, why didn’t Pennsylvania begin to phase out the Keystone Exams? I could understand if they used them for a short time after that, but it’s been four years — and if PDE completes the current contract they will have spent nearly $100 million,” DePasquale added.

Pennsylvania students could have instead been taking a nationally recognized test such as the SAT or ACT – which is shown to improve the rate at which students attend post-secondary education – at a lower cost than what has been paid for the Keystone Exams.

“Not only would this change benefit families who now have to pay out of pocket for their children to take these nationally recognized tests, it could help students who are not on a college track discover that they could succeed in college and possibly change the course of their future,” DePasquale said.

Many school district officials do not realize that the Keystone Exams, administered to all public high-school students in Pennsylvania, are not and will never be a graduation requirement, DePasquale said. Eliminating the Keystone Exams would allow teachers to spend more time instructing students on key concepts.

“There is much talk among educators about the Keystone Exams being a graduation requirement, but that never materialized,” DePasquale said. “In fact, under a state law enacted last year, passing the Keystone Exams is simply one of many means by which students can prove themselves ready to graduate.”

DePasquale highlighted that one of the major problems in gathering information for this special report was that so much information about the Keystone Exams was not where it was supposed to be.

“My team had to make repeated requests to PDE officials just to get basic information about public tax money that should be available to anyone who asks,” DePasquale said. “We waited months for information that they promised to share, but it was only yesterday that the agency started answering our remaining questions.”

The “Where Did Your Money Go?” special report and additional resources are available online at: www.PaAuditor.gov.

This PDF document, compiled by Senator Dinniman's staff, summarizes the Department of Education's contracts with Data Recognition Corporation for standardized assessments from 2008 to the present. 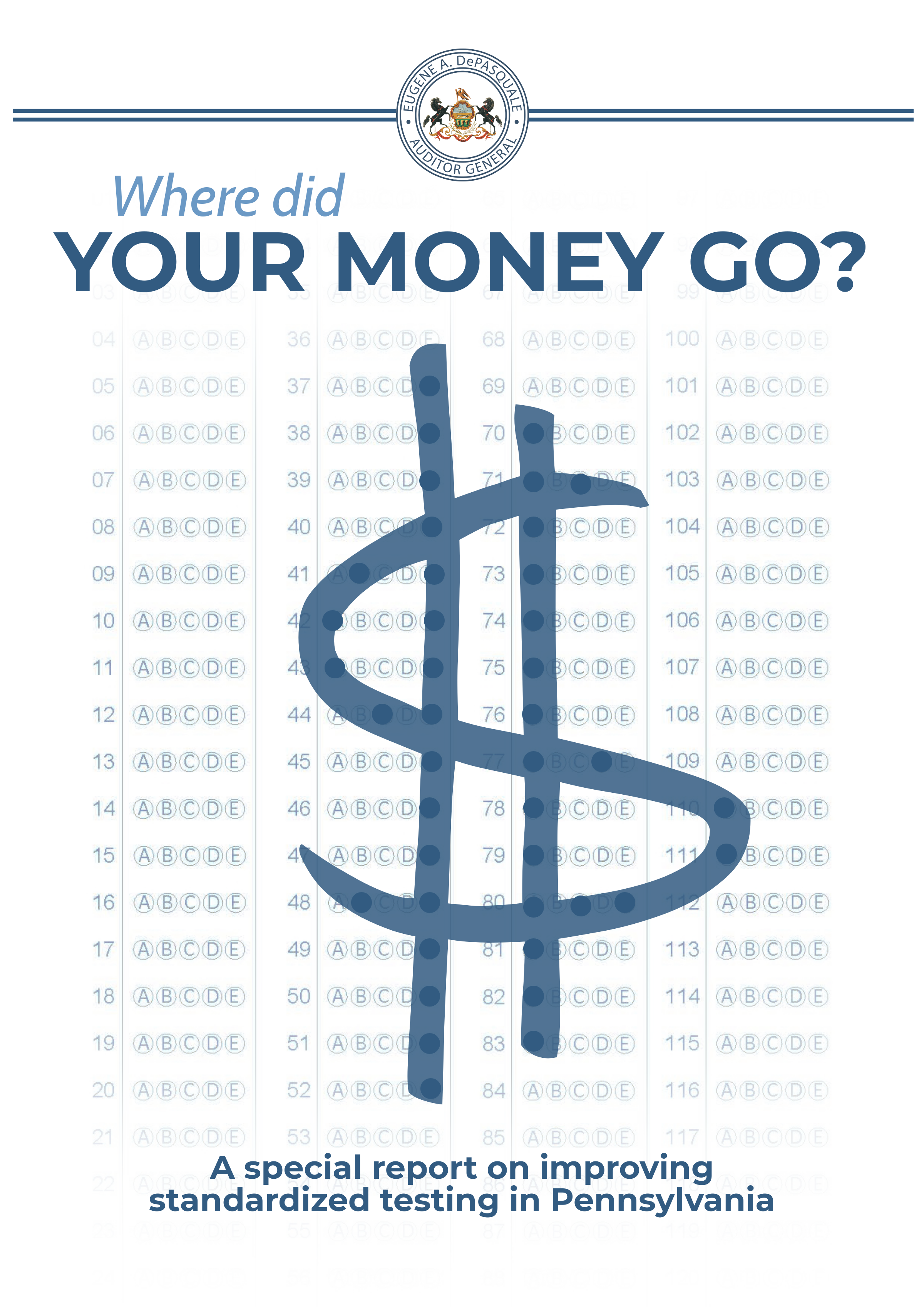