Since 2012 Philadelphia School District potentially missed out on $77.9 million from Parking Authority 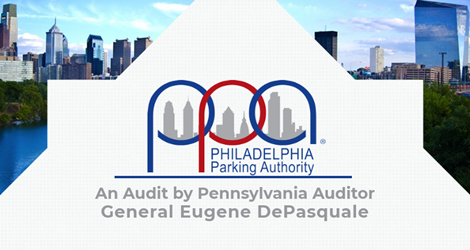 Since 2012 Philadelphia School District potentially missed out on $77.9 million from Parking Authority

Additionally, auditors identified more than $77.9 million in revenue the School District of Philadelphia potentially missed out on between 2012 and 2017.

Combined, the two audit reports total 213 pages covering issues from 2012 to 2017 and containing 11 findings and a record-breaking 117 recommendations for PPA management, its board of directors, and the General Assembly to create an ethical and productive organizational culture and to improve PPA.

“Because the findings in these two audits raise several significant and disturbing concerns, I will refer them to the IRS, the State Ethics Commission, and the Attorney General’s office for further review,” DePasquale said during a news conference in city hall.

“I am also calling on the General Assembly to return control of the PPA to the City of Philadelphia.”

“It is clear from my audits that the PPA Board of Directors was like an absentee landlord when it comes to managing the day-to-day operations of the PPA and failed to oversee the activities of the former executive director,” DePasquale said.

“Specifically, the board failed to oversee the activities of the former executive director allowing him to not only operate the PPA inappropriately, but to also engage in sexual harassment, and take advantage of his position for his own personal financial benefit.”

Auditors found that the former executive director was able to manipulate leave records, ignore outdated employment policies, neglect employee training, and was in complete control of the hiring of all employees.

The audit notes that after the resignation of the former executive director on Sept. 28, 2016, PPA began to make what appears to be some positive changes to help address the longstanding concerns that existed at the PPA during his tenure.

“Clearly, the former executive director took advantage of his position and weaknesses in management controls for his own personal benefit,” DePasquale said.

In fact, the PPA board went to great lengths to keep the former executive director in place. Following a June 2015 sexual harassment complaint against him, the board allowed him to keep his job after agreeing to 13 conditions of continued employment that included language specifically stating that:

A year later, when a 2006 sexual harassment complaint resurfaced against the former executive director, the PPA board allowed him to resign — rather than be fired immediately. He later requested a leave payout of more than $400,000.

The amount was reduced to $227,228.29 in accordance with PPA’s internal staff’s recommendation. Auditors determined that amount was still too much, finding that the former executive director should have been paid no more than $225,077.56, or $2,150.73 less.

“The handling of sexual harassment complaints against the former executive director boggles the mind on so many levels,” DePasquale said.

“First, there were four board members who served in 2006 and 2015. They all developed acute amnesia and forgot about the 2006 sexual harassment complaint and allowed this guy to keep his $223,000-per-year job even after he admitted to sexual harassment in 2015.

“Then, instead of firing him on the spot when someone jogged their memory about the 2006 complaint, they allowed him to resign which opened the door for him to request a $400,497 payout including $109,347 for comp time.

“Whether the PPA board knew about the 2006 complaint is almost irrelevant, because the four who were on the board should have known and they should have factored that into the 2015 decision about the former executive director’s continued employment.

“I would have fired him on the spot once the investigation confirmed the accusations and he admitted it,” DePasquale said.

Auditors noted that the former executive director’s manipulation of leave went far beyond his own records. He allowed his highly-compensated direct reports to regularly earn comp time which was only permitted, according to PPA’s employee manual, for “extraordinary circumstances.”

“In fact, my team reviewed six of the 31 senior management leave records and found irregularities with five, including excessive vacation and comp time,” DePasquale noted.

“With notoriously well-paid senior managers, it is outrageous that the former executive director manipulated the system to give them even more while the school district and students got less.”

Auditors also found that PPA’s hiring practices show a closed hiring process totally controlled by the former executive director including who was interviewed and ultimately, who was hired in all positions.   This may have created a culture that allowed PPA to violate its Equal Employment Opportunity Policy.

“Having a closed and secretive hiring process may result in not hiring the most qualified candidates and allows individuals to hire relatives or political associates who may or may not be qualified,” DePasquale said.

In addition to the 2015 complaint against the former executive director, there were three additional individuals who filed sexual harassment complaints with the PPA against three other employees between 2014 and 2016.

Auditors found that PPA’s employee manual contained a section entitled Sexual Harassment, but this section had not been updated since June 2006. Additionally, PPA management acknowledged that no sexual harassment training had been conducted from at least 2006 through October 2016.

“I believe it is not a coincidence that PPA did nothing to update its sexual harassment policy or provide employee training on this topic during the former executive director’s reign,” DePasquale said.

“I am appalled that the board, again, made no effort or attempt to protect employees being subjected to sexual harassment. When there were multiple complaints in the same workplace, somebody needed to step up and address the underlying problem.

“It wasn’t until after media reports drew attention and I started my audits that PPA finally updated its policies and required staff to attend sexual harassment prevention training,” DePasquale said.

The audit notes that the majority of the contracts reviewed lacked documentation regarding the evaluation of proposals/bids. Without this documentation, auditors could not determine that all proposals/bids were properly evaluated and the best vendor was selected.

During the audit period approximately $725,000 worth of sole-source contracts were awarded.

“My audits show that the School District of Philadelphia potentially missed out on approximately $77.9 million in revenue from PPA over the past five years,” DePasquale said.

“That is a great deal of money for a struggling school district,” he said. “Money that the school could have used to hire about 1,322 teachers, provide tablet computers to 155,920 students, or buy 779,600 text books. The students should not be the ones to suffer because of PPA’s mismanagement.”

Since 2004, state law requires PPA to distribute all net revenue from its on-street parking division to the city and the School District of Philadelphia with a minimum of $25 million (increased to $35 million in 2012) going to the city and the remainder to the district.

During the audit period April 1, 2012, through Aug. 31, 2017, auditors found over $1.17 million of incorrect, questionable, or excessive expenses were charged to the PPA’s on-street division reducing the revenue available to the school district, including:

“Not only does the legislative formula unfairly protect funds due to the city when PPA revenue fluctuates, the school district gets penalized when expenses increase,” DePasquale said.

“On top of that, my team found that PPA was charging incorrect and questionable expenses against revenue that would otherwise go to the school district. That practice must stop immediately and the formula must be fixed to ensure that the school district receives every available cent to help these students succeed.”

The bulk of funds the school district potentially missed out on comes from the district’s share ($76.8 million) of the $107,929,542 in uncollected parking fines and fees between 2012 and 2017. Auditors noted that since 1990, PPA has failed to collect more than $580 million in outstanding parking tickets and associated fees.

“All outstanding revenue PPA does not collect is funding lost to the school district and the city,” DePasquale noted. “Every effort should be made to collect unpaid ticket revenue to increase the amount that can be used to educate students in the district.

“I guarantee you this, if PPA staff didn’t get paid until all revenue was collected, they would find a way to get 100 percent of the funds. They should work just as hard for students in the district.”

Over-budgeting because of poor communication

Auditors also found that poor communication from PPA management to school district officials left the district unable to accurately budget for anticipated revenue from the authority.

“For more than a dozen years PPA neglected to keep the school district informed about how much money it should expect to receive from PPA each year,” DePasquale said. “The lack of information resulted in the already-struggling school district over-budgeting between $120,000 and $5.4 million more than PPA provided between 2012 and 2017.

“I am pleased that PPA now includes school officials in regular meetings — previously held for years with city leaders alone — to discuss anticipated revenue. The school district should never have been excluded from these important meetings.”

In addition to the poor communication about anticipated revenue, audit evidence shows that in 2014 the former executive director misled City Council concerning a parking fee increase by testifying that the school district would receive an extra $7.5 million in 2015.

“We looked into the former executive director’s $7.5 million falsehood and found that PPA had no policies, methodologies, and written procedures to determine when a change in parking fees is necessary,” DePasquale said. “Essentially, rate increases were at the whim of PPA management as long as they were able to convince City Council to go along with an increase.”

“PPA is known as a bastion of political patronage and it is time that era comes to an end. The authority needs a complete overhaul and a restructuring because the more efficient it becomes, the more funding will go to the school district and city,” DePasquale concluded. 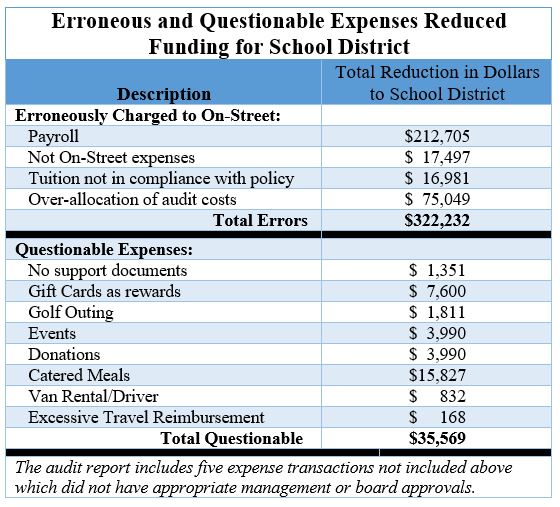 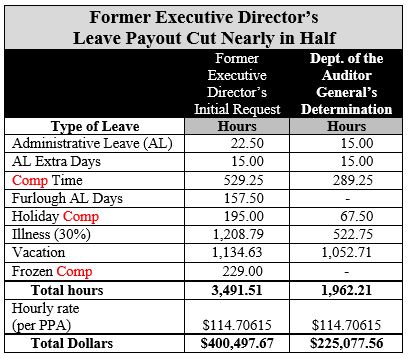