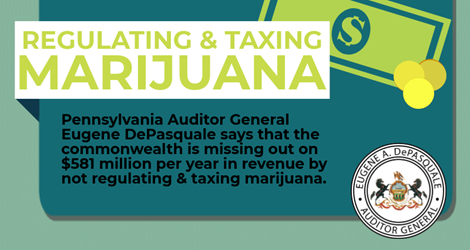 PITTSBURGH (July 19, 2018) – Auditor General Eugene DePasquale today said Pennsylvania is missing out on $581 million per year in revenue by not regulating and taxing marijuana — money that could fund critical initiatives that affect Pennsylvanians’ lives.

“Repeated polls have shown that a majority of Americans now believe marijuana should be legalized. In Pennsylvania, it’s 56 percent,” DePasquale said during a news conference with Pittsburgh Mayor William Peduto.

“Today, I’m releasing a special report that shows the staggering amount the state could reap in tax revenue if legislators simply did what their constituents want them to do: regulate and tax marijuana for adult use.”

The 14-page special report, “Regulating and Taxing Marijuana,” compiles national research data, which show that an average of 8.38 percent of the commonwealth’s adults (21 and older) currently use marijuana at least monthly — a total of 798,556 adults.

In Colorado and Washington, where marijuana has been legal since 2012, adult users spend an average of $2,080 annually. If Pennsylvania’s 798,556 adult users spent the same amount, they would create a $1.66 billion retail industry.

Assuming Pennsylvania taxed the growth, cultivation and sale of marijuana at 35 percent, the state would collect roughly $581 million in tax revenue annually. If Allegheny and Philadelphia counties were allowed to add 1-2 percent local tax, they could collect an additional $3.8 million and $6.9 million, respectively.

“Imagine what that $581 million could mean for Pennsylvanians,” DePasquale said. “Not only would it help balance the state budget, but it would also mean increases to initiatives that affect Pennsylvanians’ lives, such as greater access to opioid treatment and better health care access for veterans and children.”

“With our neighboring states all looking at legalizing marijuana, now is the time for Pennsylvania to do the same,” DePasquale continued. “Legislators must act now so that we can be competitive and not lose potential revenue to other states.”

The “Regulating and Taxing Marijuana” special report is available online at: www.PaAuditor.gov. 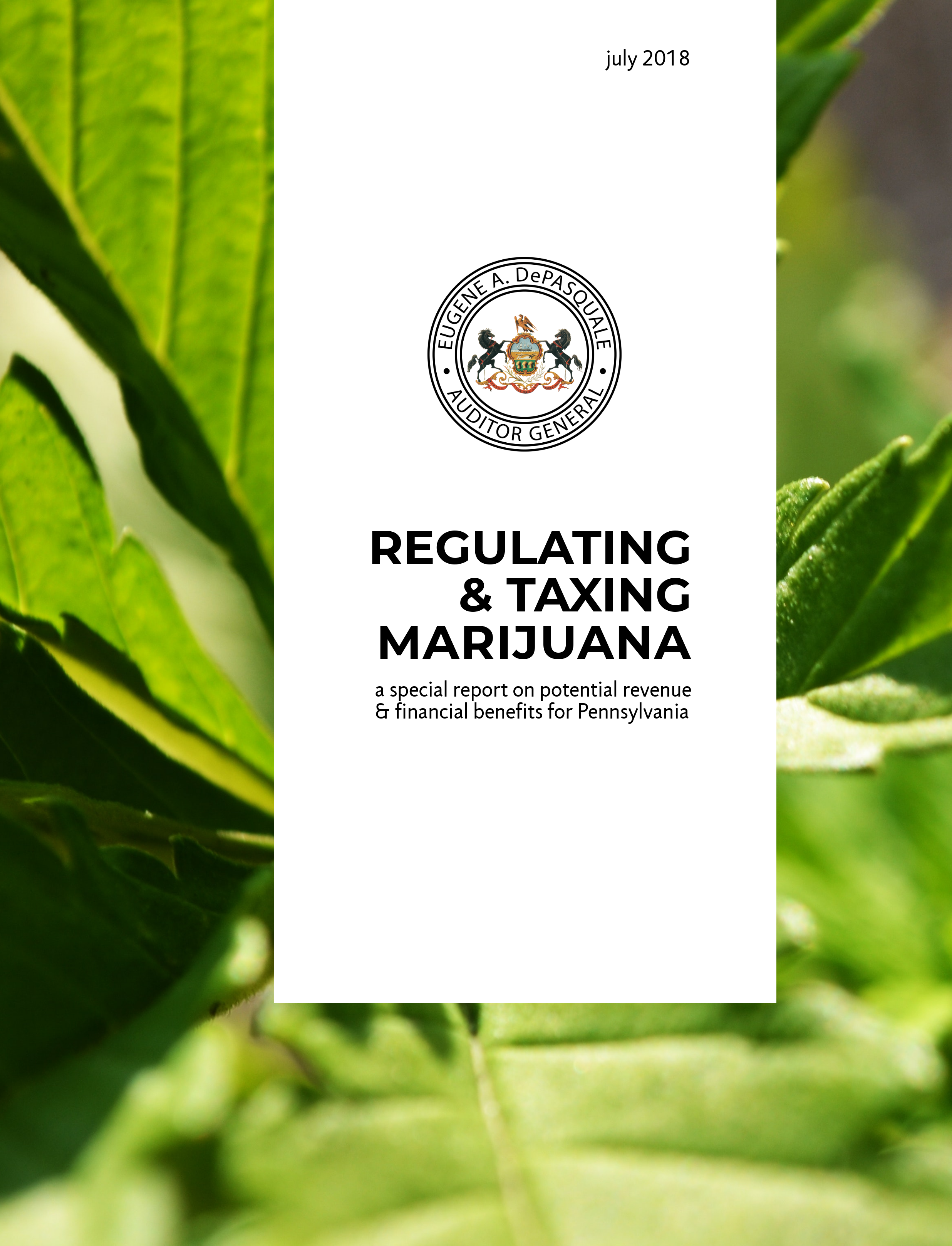 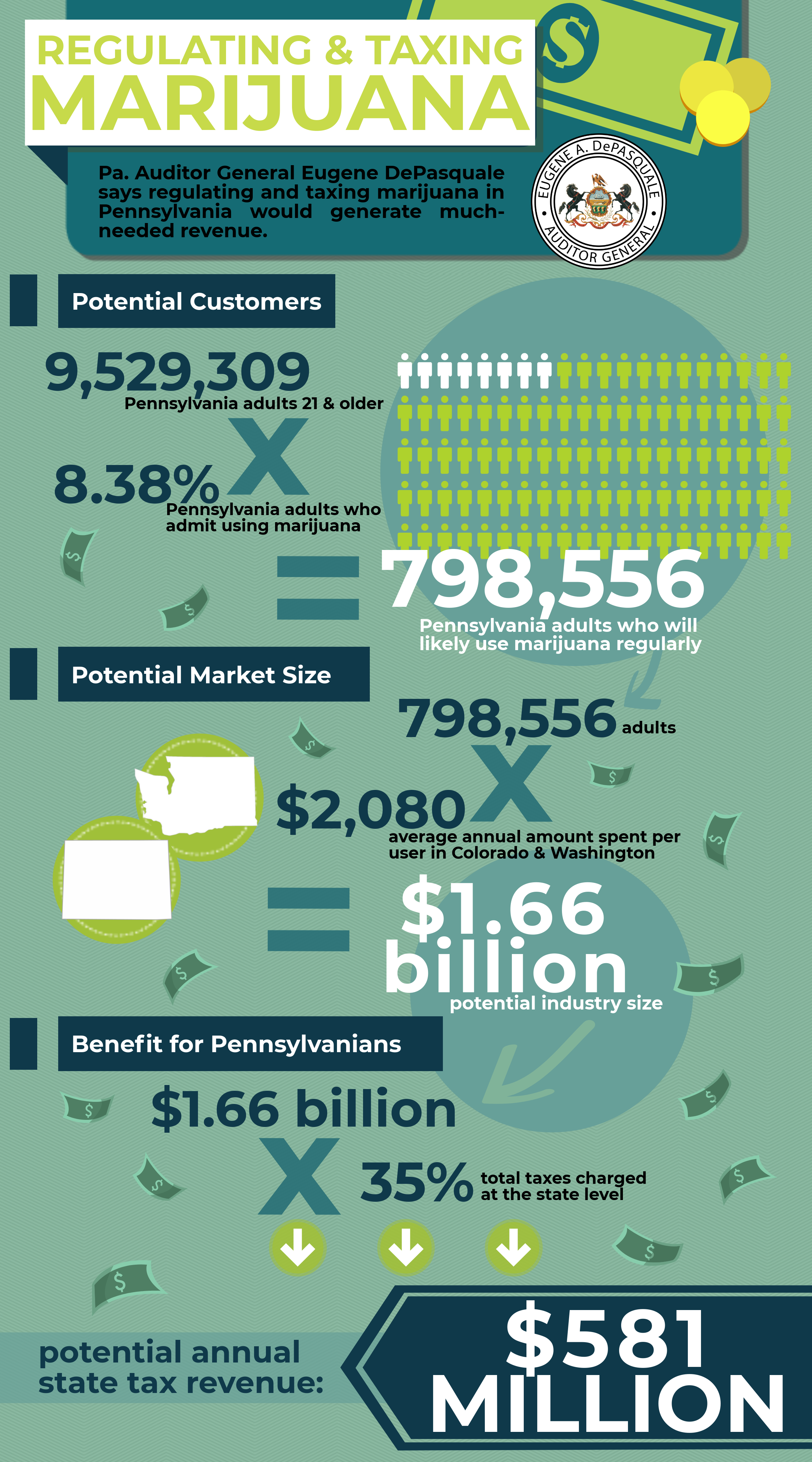