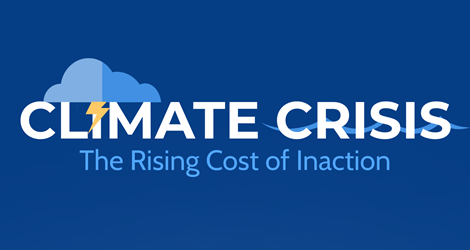 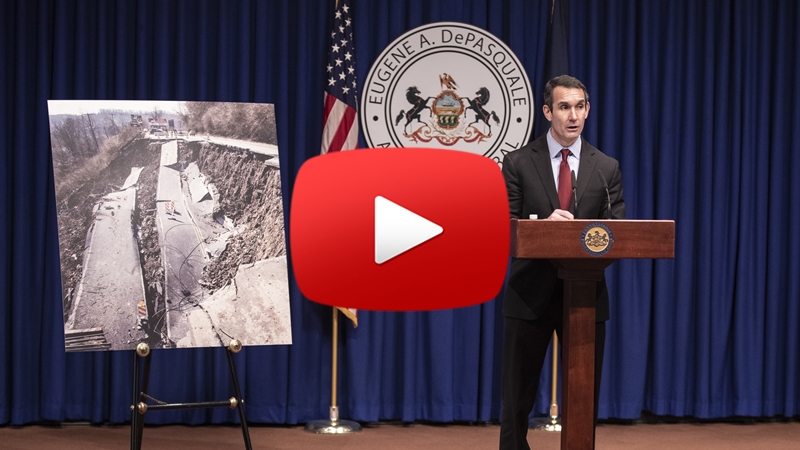 “The longer we fail to act, the greater the risks to our environment, our economy and our future,” DePasquale said. “Climate change is a challenge that also presents an opportunity: by acting and investing now, we can not only save lives but also protect our economy and create jobs along the way.”

According to the U.S. Global Change Research Program, made up of 13 federal agencies, Earth’s climate is now changing faster than at any point in the history of modern civilization. A major report issued by the program late last year details threats to public health and safety from extreme heat and flooding; concerns about severe weather impacts on aging power, water, sewer and transportation systems; and the impact of altered ecosystems on rural communities, farming, forestry and tourism.

DePasquale released a special report, “Climate Crisis: The Rising Cost of Inaction,” which noted that severe weather is already costing taxpayers hundreds of millions of dollars a year and that state government needs to do more to mitigate future impacts.

“My team and I documented at least $261 million in climate-related costs to Pennsylvania in 2018 alone in this report,” DePasquale said. “Half of that amount, $125.7 million, was in infrastructure damage statewide caused by record-breaking floods and landslides.”

Other projected costs of climate change include:

“What concerns me most are the potential impacts that we can’t yet see, driving new costs that will increasingly strain state and municipal budgets.” DePasquale said. “It’s difficult for most people to fathom the magnitude of the problems that lie ahead – which only makes the planning process even more challenging.”

Observation 1: Local and state leaders are struggling to plan for extreme weather and other climate change impacts due to a lack of coordination and inadequate resources.

“Though some plans exist at the state, county and municipal levels, there needs to be more leadership and coordination at the state level,” DePasquale said. “As a state, we can and must do better.”

The report notes that communities are flooding that had not flooded before, but the state is not prioritizing action or funding to mitigate the risks to people and property. One example of this problem is a lack of dedicated funding to upgrade or replace dangerously outdated municipal sewer systems.

“Pennsylvania’s sewer systems are among the oldest in the nation,” DePasquale said. “Not only are those systems ill-suited to handle heavier rainfalls that cause increased flooding, some also release untreated sewage into the same rivers that supply drinking water to millions of people.”

Proper planning for increasingly severe weather and developing climate-resilient infrastructure will actually create family-sustaining jobs in industries such as construction and civil engineering.

Observation 2: Pennsylvania is not prepared for the severe impacts of climate change, and taking a solely reactive approach will lead to millions of dollars spent on recovery and remediation.

The report notes that, according to the National Institute of Building Sciences, every $1 spent on natural disaster mitigation saves $6 in recovery costs. However, because many people incorrectly believe that federal disaster assistance is always available, too little attention is paid to making proactive investments in mitigation.

“The federal government cannot, and will not, bail us out after every severe storm,” DePasquale said. “In fact, the Federal Emergency Management Agency declined to cover $63 million in damage to public infrastructure across Pennsylvania last year.”

Pennsylvania’s homes and businesses are underinsured against flooding that will continue to increase in frequency and severity. Only 15 percent of property owners who should purchase flood insurance actually obtain it, and that share is decreasing. In addition, communities often underestimate their risk of flooding because the tools available to them do not yet account for changing weather patterns.

“Nearly 90 percent of Pennsylvania’s greenhouse gases – which drive climate change – come from those four sectors,” DePasquale said. “Yet, there is virtually no coordinated effort to reduce emissions in three of the sectors: transportation, industry and agriculture.”

DePasquale noted that aside from a decrease in emissions from the electric power sector that resulted from transitioning electric generation largely from coal to natural gas, no real other reductions have been made.

“Because of Pennsylvania’s major role in energy production, we have a responsibility to be a leader among states – not a follower,” DePasquale said.  “As a state, we are the fourth-largest emitter of greenhouse gases, and we have very few plans to help us improve that ranking.”

The report’s 9 recommendations are as follows:

Review the full special report and learn more about the Department of the Auditor General online at www.paauditor.gov.