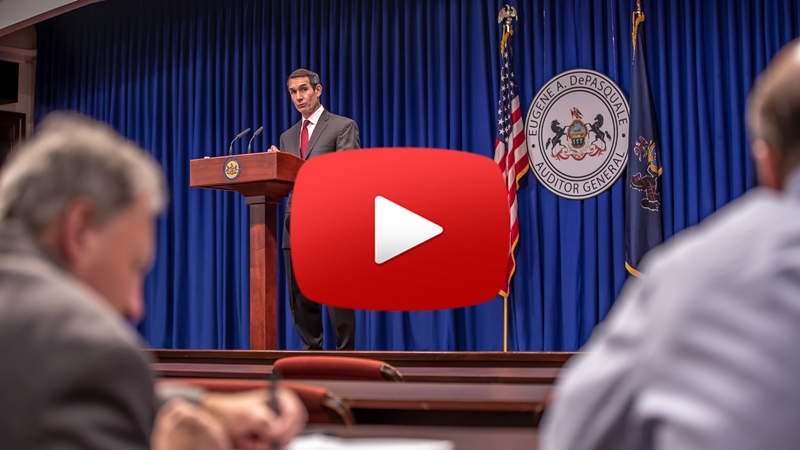 HARRISBURG (Aug. 12, 2019) – Auditor General Eugene DePasquale today announced a series of recommendations designed to keep district justices across Pennsylvania from giving people a criminal record for offenses that should be classified as civil violations, as happened in Erie County.

“I applaud the court system for its quick response to the miscarriage of justice in Erie County,” DePasquale said. “I want to ensure that similar problems aren’t taking place in the more than 500 other district justice offices across Pennsylvania.”

DePasquale recently released an audit of the Erie County District Court 06-2-04, where a former district justice improperly filed criminal charges for theft of services in cases that should have been classified as civil complaints. The filing of a criminal charge avoided nearly $100 in court filing costs which would have to be paid upfront in a civil action.

After discovering the problem, the newly elected district justice notified the Erie County court administration and the Administrative Office of Pennsylvania Courts, which oversees the state’s district court system. She also informed the Pennsylvania Department of the Auditor General.

“The practice apparently had been going on for many years prior to my latest audit,” DePasquale said. “As a result of it, thousands of defendants wound up with criminal records that they didn’t deserve or even know about.”

On August 5, Erie County’s president judge announced that he had sealed nearly 3,000 civil cases that were misfiled as criminal cases.

“The public should be able to trust that judges are acting fairly and within the bounds of the law,” DePasquale said. “No one should ever wind up with a criminal record because a judge handed out the wrong complaint form.”

To avoid a repeat of the situation in other counties, DePasquale offered the following recommendations:

“In Erie County, the problem first came to light after a job applicant was stunned to learn that a pre-employment background check revealed a criminal record that he didn’t even know existed,” DePasquale said. “It’s possible that many defendants simply pled guilty to the complaints without realizing the long-term repercussions of doing so.”

DePasquale said that while sealing of the nearly 3,000 cases was a good first step, the court system should fully expunge the erroneous records at no cost to the individuals involved. Expungement ordinarily costs several hundred dollars.

Review the audit report for Erie County District Court 06-2-04 and learn more about the Department of the Auditor General online at www.PaAuditor.gov.