Economic spinoff from hunting is critical to state and rural economies

Economic spinoff from hunting is critical to state and rural economies 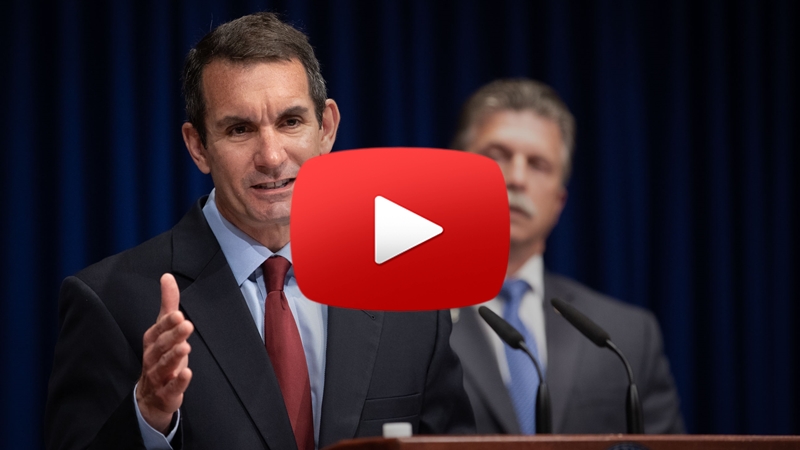 The audit questioned the Game Commission’s assertion that it cannot factor the Game Fund’s balance – more than $72.8 million as of 2018 – as part of developing its budget or making other financial decisions.

“The Game Commission must take a careful look at how it manages all of its finances,” DePasquale said. “Beyond the nearly $73 million balance in the Game Fund, we found there was an additional $6.5 million in various escrow accounts – which the commission’s financial officer didn’t even have knowledge of the specific accounts, balances, or purposes until my audit.”

The audit report, which covered July 1, 2014 through June 30, 2017, recommends that the commission work with the Governor’s Budget Office to place its seven escrow accounts under control of the Pennsylvania Treasury, where there is more transparency.

DePasquale also said the Game Commission must do a better job tracking the millions of dollars it earns from leasing land to gas and oil producers, noting that the agency does not monitor or verify leasing royalties to ensure it collects all the money it is owed.

“Essentially, the commission is relying on gas and oil companies to say how much money they owe,” DePasquale said. “I find the lack of fiscal controls to be particularly troubling at a time when oil and gas royalty revenues doubled, rising from $9.3 million in 2015 to $19.2 million in 2017.

“The commission never levied interest penalties on delinquent payments and did not enforce the submission of annual production reports, which could have provided an extra layer of accountability.”

DePasquale said the Game Commission’s failure to log and promptly deposit royalty checks upon receipt created a risk of loss or potential theft of public funds.

“We found instances where checks were deposited several weeks after they were stamped received, including one which was not deposited for 63 days,” DePasquale said. “In general, the accounting of royalty payments was so poor that my auditors could not determine if the commission was receiving all the money it was due.”

He noted that the commission is doing a better job managing the sale of timber harvested to help maintain the healthy forests on state game lands.

The commission generated $22.8 million in timber sales from 2015 to 2017 following the provisions in the Forestry Manual and Game and Wildlife Code.

“Because license sales account for about a third of total commission revenues, the agency should focus on retaining existing hunters and getting former hunters back into the field,” DePasquale said. “The commission is making an effort, but seems to be struggling to address a long-term decline in the sport of hunting – much of it apparently driven by changing demographics.”

Auditors noted that the commission did identify five core goals in its 2015-2020 Strategic Plan, yet it failed to track and compile costs associated with the specific objectives and projects needed to meet those goals.

“Fleet management is an area in which the commission could save some of the $3 million it spends every year in transportation-related costs,” he said, noting that eliminating the fleet of vehicles in his own department helped save $877,000 annually.

Review the 136-page Pennsylvania Game Commission performance audit and learn more about the Department of the Auditor General online at www.paauditor.gov. 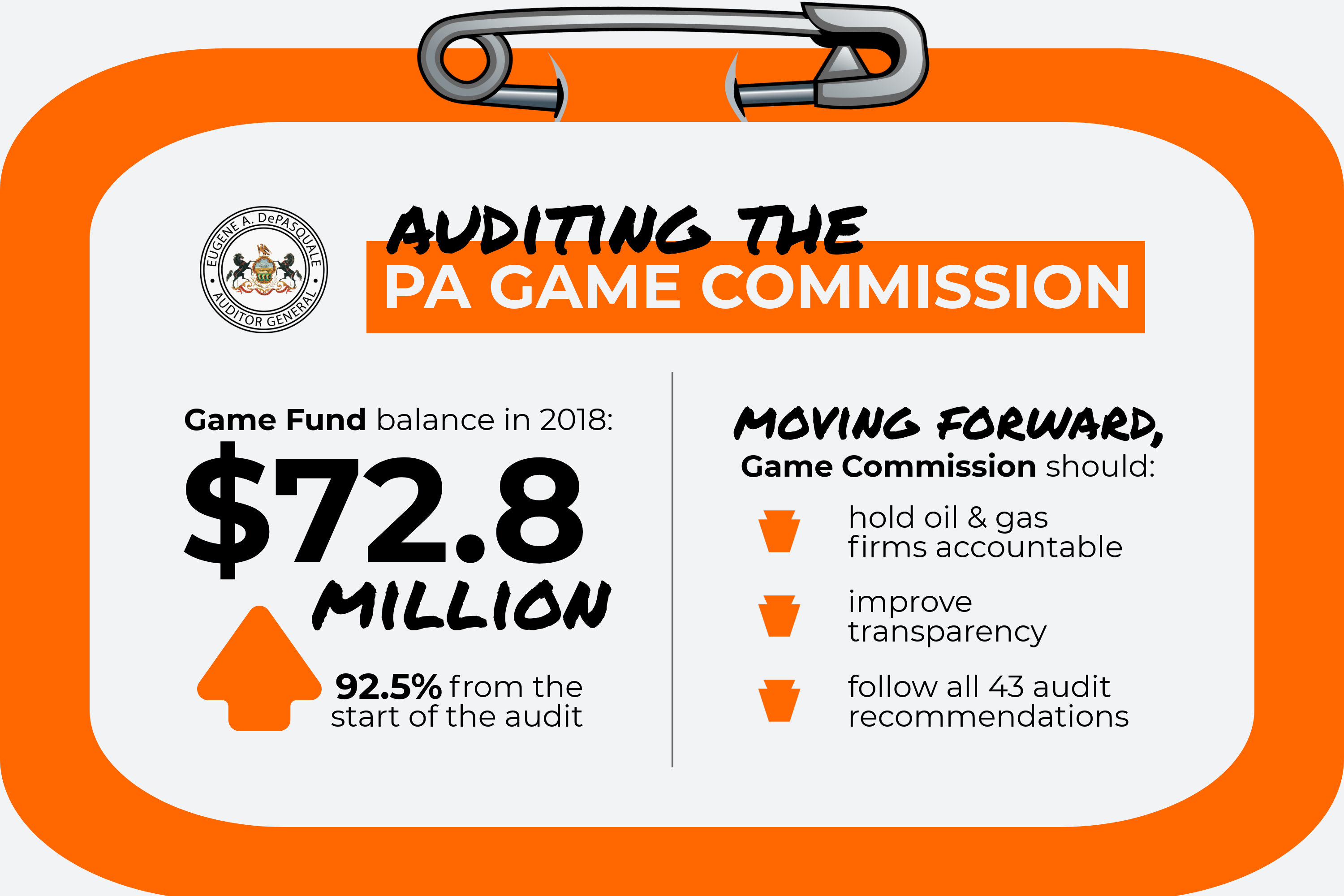